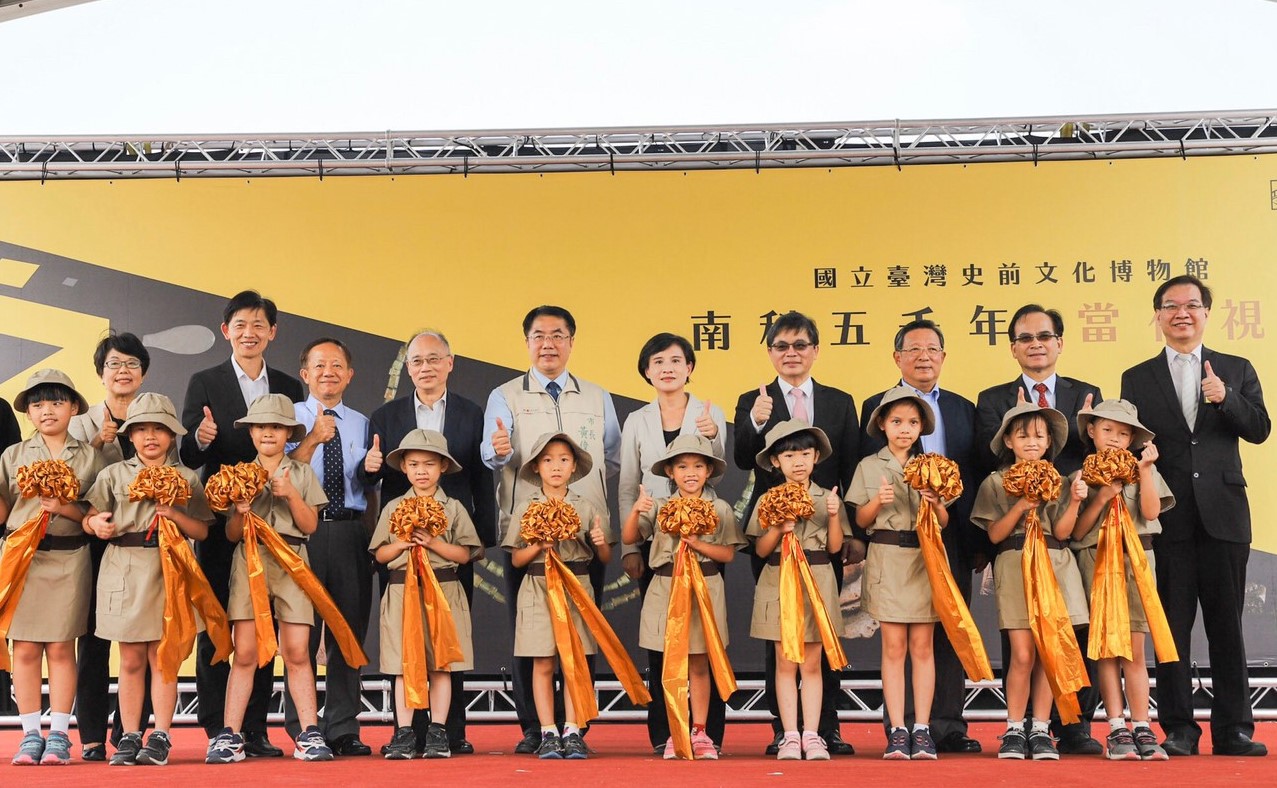 The Museum of Archaeology, Tainan Branch of the National Museum of Prehistory officially opened on Oct. 19 at the Southern Taiwan Science Park. The opening ceremony invited students from Jibeishua Elementary School to perform a traditional indigenous Siraya prayer dance to express gratitude towards the land as the museum opens its doors to display its ancient secrets to the public.

The museum covers an area of 2.44 hectares, with a lower level and four upper levels. The museum building was designed by Taiwanese architect Kris Yao (姚仁喜), who presented the concept of exploring downward, introspecting, and interweaving the past with the present.

The archaeological excavation project of the Tainan branch of the Southern Taiwan Science Park is led by researchers Tsang Cheng-hwa (臧振華) and Li Kuang-ti (李匡悌) of Academia Sinica's Institute of History and Philology. Over 20 years of excavation, more than 8 million pieces of cultural relics and artifacts have been unearthed. After 10-plus years of preparation, this new archaeological museum housing Taiwan's 5,000-year history has finally been completed and ready to be introduced to the public.

Minister of Culture Cheng Li-chiun pointed out that the Museum of Archaeology is the only archaeological museum in the world to be established in a technology-driven science park. Minister Cheng spoke of her hopes for the museum to not only showcase exhibitions, but also serve as an archaeological research institution that will continue pursuing new studies.

By opening the museum to the wider academic community, the Minister added, researchers can further understand how Taiwan's prehistoric settlers are tied with the evolution of world civilizations. Lastly, the museum was created for the public and will encourage Taiwanese visitors to learn more about the prehistory of their homeland.

Academia Sinica's Tsang noted that since leading the archaeology site dig, his biggest wish has always been to allow the unearthed cultural artifacts to be displayed and shown to the public. From the time when the sites were first discovered, it took a large amount of energy, sponsorship, and resources to properly treat and unearth the cultural relics and move the project forward.

In addition to the four halls, there is the "Museum's Secret Chamber," an exhibition space presenting the process of archaeological excavations, as well as the methods used in the preservation and maintenance of museum artifacts, all of which are rarely shown to the public.

The museum will also stage a special exhibition titled "A Symphony of Animals: An Exhibition of Prehistoric Animal Remains" that will be on display until May 31, 2020 to showcase archaeological animal remains through four main themes: "Animals and Environment," "Humans and Animals," "Extinct Animals," and "Studying Animal Remains." The museum has woven together these four topics to offer a symphony-like narrative to invite the public to "listen" and appreciate the harmony created by animals and humans in the past.

Beginning from Oct. 19 until the end of the year, all children under the age of 12 are offered free entrance to the museum upon providing identification. Admission will also be waived for Tainan City residents through April 30, 2020. Additionally, children under the age of 6, those who carry a disability pass, and senior citizens aged 65 or above (weekdays only) can visit the museum for free.

The Museum of Archaeology, Tainan Branch of National Museum of Prehistory

*From May 1 to Oct. 30, 2020, Tainan City residents can purchase discounted tickets to visit the museum.