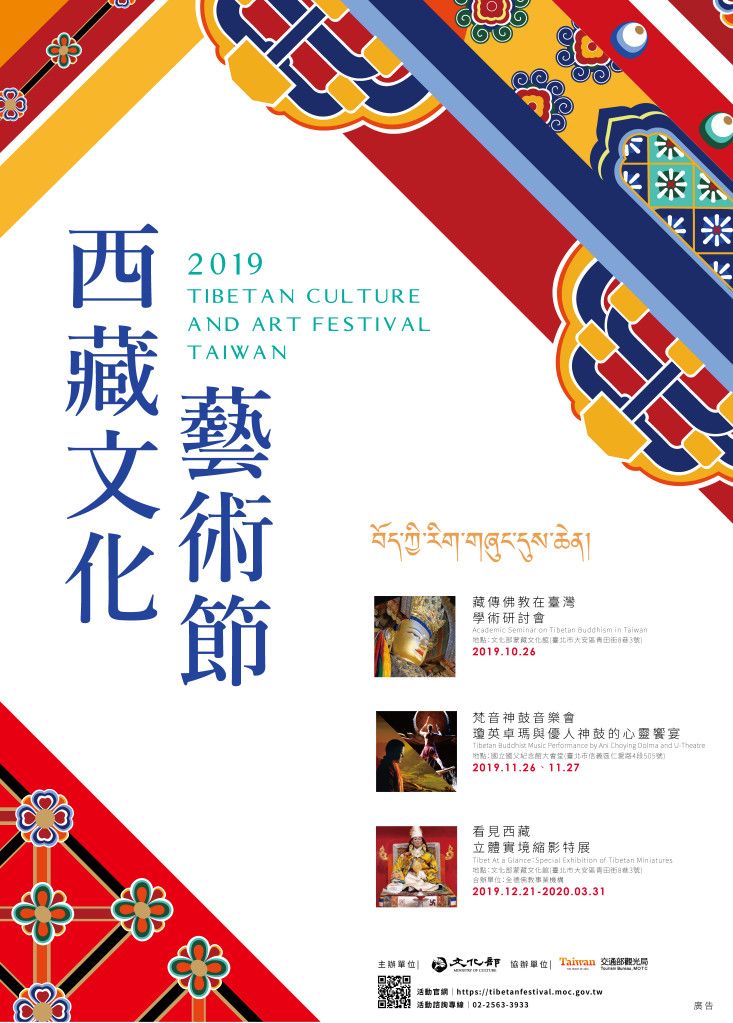 The 2019 Tibetan Culture and Art Festival in Taiwan taking place from Oct. 26, 2019 through March 31, 2020 will encompass an academic seminar on Tibetan Buddhism, a rare performance by musician Ani Choying Dolma, and a special exhibition on Tibetan miniatures.

The fifth edition of this Tibetan festival with Taiwanese characteristics will kick off with the "Academic Seminar on Tibetan Buddhism in Taiwan" on Oct. 26 at the Mongolian and Tibetan Cultural Gallery on Taipei's Qingtian Street. The program will discuss the lengthy introduction of Tibetan Buddhism to Taiwan, which can be categorized into two periods.

The initial phase saw Buddhist monks and scholars who arrived after 1949 lay down the basic foundation for disseminating Tibetan Buddhism in Taiwan, whereas more missionaries from India, Nepal and Bhutan arrived in Taiwan upon the lifting of martial law in 1987. As a result, Buddhist Dharma centers have been established all across the nation.

Next up will be the "2019 Tibetan Buddhist Music Concert" on Nov. 26 and 27 at the National Dr. Sun Yat-sen Memorial Hall. Ani Choying Dolma, a Nepalese Buddhist nun and musician from the Nagi Gompa nunnery, will perform Tibetan folk songs as well as Buddhist chants. She will be joined by Taiwan's world-famous percussion group U-Theatre.

"Tibet At a Glance: Special Exhibition of Tibetan Miniatures," the festival's main event co-organized with Chuan Der Buddhist, will take place from Dec. 21, 2019 through March 31, 2020 at the Mongolian and Tibetan Cultural Gallery.

Taiwanese exhibition-goers can look forward to Tibetan dolls that were exquisitely engraved by monks of the Drepung Loseling Monastery of south India. Each doll is considered the embodiment of Tibetan culture, which is a splendid and colorful one that encompasses unique religious beliefs, plateau lifestyles, traditional costumes, and vibrant performance arts like dance, drama, and opera.