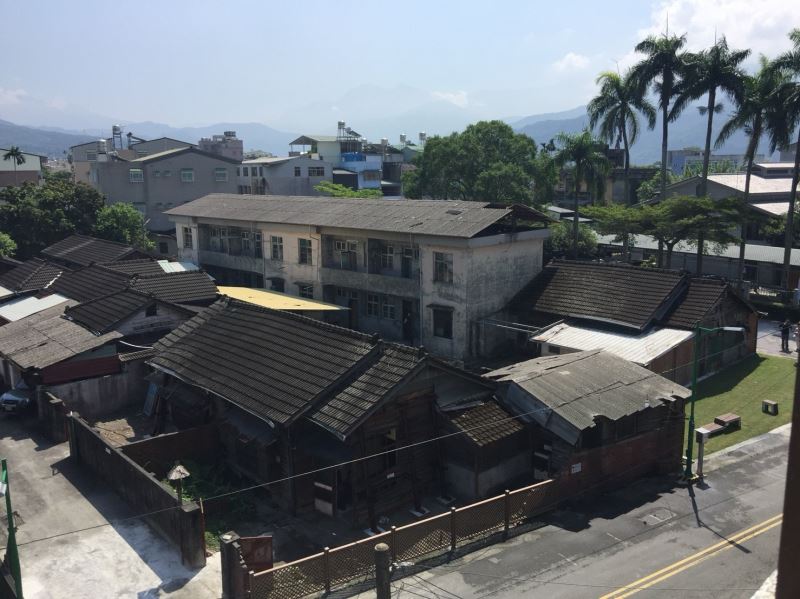 The Ministry of Culture has approved the Nantou County Government's proposed "Project for the Reconstruction of the Historic Jiji Camphor Branch Office Buildings (集集樟腦出張所建築群再造歷史現場計畫)," marking the 21st regional (city/county) government and 31st project to come under the Ministry's "Reconstruction of Historical Scenes (再造歷史現場計畫)" initiative.

The project is set to run from 2019 through 2023, with a total budget of NT$199.5 million that includes a NT$159.6-million subsidy from the Ministry of Culture. The first delegation of NT$40 million will be be paid out in installments over 2019 and 2020. In the future, the local flavors of the site will be shaped through civic participation and dialogue, building on a foundation of historical memories to drive the local cultural industries and bring joint prosperity.

The project took shape through the long-term and engaged advocacy of the people of Nantou County and the Jiji Township Office. Minister of Culture Cheng Li-chiun remarked that this effort will not only restore one of Taiwan's few surviving Japanese-era dormitories and office complexes relating to the camphor industry — not to mention one of the most intact — but also link the history of the Jiji area and the lifestyle of the residents of the time with the strengths of local communities and the region’s craft heritage through the revitalization of this site.

Once successful, she added, it will be a new model of regional cultural governance for the nation. Under the auspices of the Executive Yuan's Forward-looking Infrastructure Development Program, the project will restore all 11 buildings on the site, making it a veritable museum of Taiwan's historic camphor industry, an outdoor history classroom, and a valuable part of Nantou County's cultural heritage.

While the Jiji Camphor Branch Office Buildings may no longer serve as dormitories, their registration as historic buildings in January 2019 has opened up the opportunity for their restoration and revitalization. The complex covers an area of over 3,300 square meters and is located in the economic and administrative heart of Jiji Township, meaning there are a number of possibilities for re-use after the restoration is complete.

These Japanese-era buildings still retain their Japanese-style black cement tiling, bamboo-reinforced cement walls, and clapboard sliding (also called weatherboards) made of timber. They are distinctive and rich with a sense of their times and aesthetics.

Over a century ago, camphor was used for the production of photographic film, drugs, and even gunpowder. As an industry, it was on par with the modern electronics sector in importance. Jiji was a boom town for the industry, and as such the Japanese authorities constructed a number of buildings for it in the area, with the Jiji Branch Office Buildings having since been used as dormitories by the Taiwan Camphor Company, Taiwan Province Camphor Bureau, and the Luanda Forest District Administration of the Forestry Bureau at various times.

It stands as a witness to the demand for administrative space and labor when Taiwan's camphor industry was at its peak, and in its transition from industrial site to a pure residential one, it could be considered a microcosm of the rise and fall of that same industry.