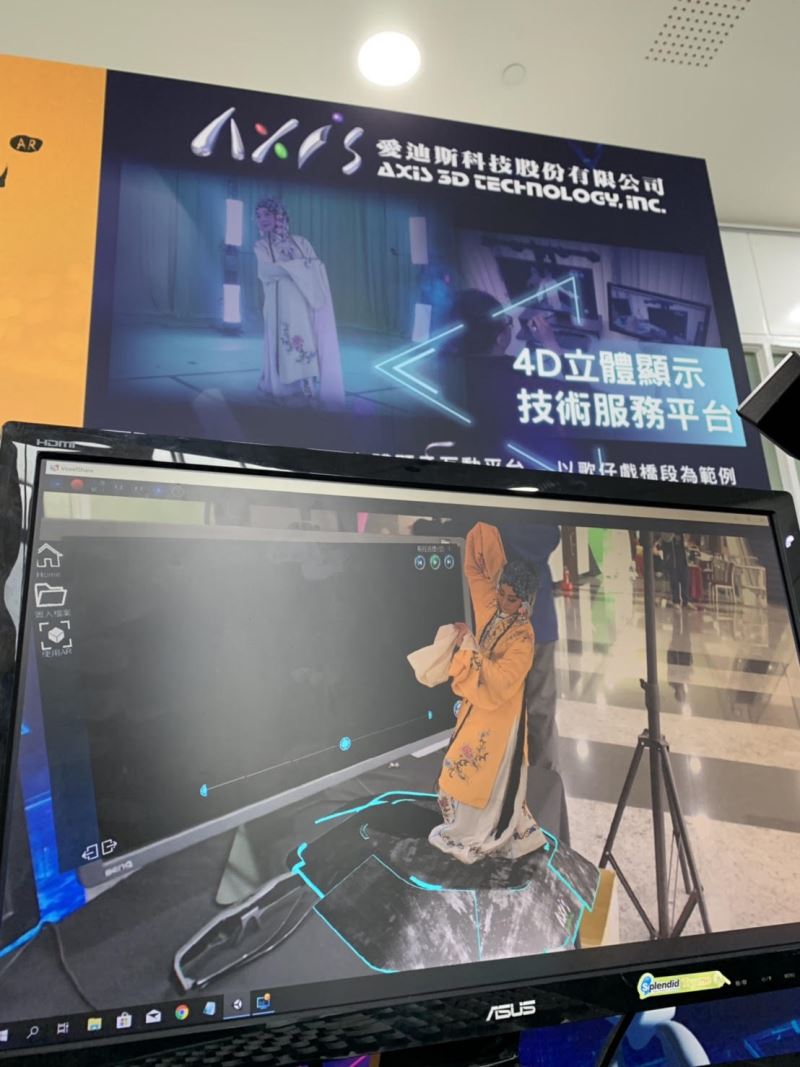 To preserve and promote various forms of Taiwan's culture, the Ministry of Culture is excited to explore the potential of combining art with technology. A new wave of cross-sector results debuted in a press conference held in conjunction with an international forum in Taipei on Dec. 3.

Sixteen digital publications were on display at an exhibition area divided into three sections respectively on the digital preservation of intangible cultural assets, applications of augmented reality (AR), and a collection of renowned productions for visitors to try out and experience.

Equipped with 4DViews Studio, a reception and photo area also offered visitors an inside look of 4DViews — an emerging technology by French developers for capturing actual 3D spaces — while a 4D production of Taiwanese opera was presented in the section on intangible cultural assets.

The AR section then showcased a number of multimedia productions such as "Koxinga Z (1661國姓來襲)," which was based on the eponymous book by Taiwanese artist Li Lung-chieh (李隆杰) that was named Comic of the Year at the 2018 Golden Comic Awards. It revisits Taiwan's history from the Dutch colonial era to the arrival of young Ming loyalist Koxinga, giving the audience alternative perspectives to the written records of that period.

In an open call held this August, the IP Content Lab offered up to NT$12.06 million (US$395,759) for content created with 4DViews. Among the 13 winning submissions were singer-songwriter Wu Qing-feng's (吳青峰) music video for "Spaceman (太空人)," an reenactment of veteran ink painter Liu Kuo-sung's (劉國松) creative process by VR artist Huang Hsin-chien (黃心健), and Ming Chuan University's VR version of "Up the River During Qingming (清明上河圖)," a classic Qing painting that provides a close-up view of vibrant riverside life from a bygone era.

Supervision of the IP Content Lab shall be transferred to the Taiwan Creative Content Agency (TAICCA) next April. More information is available at https://iplab.culture.tw.