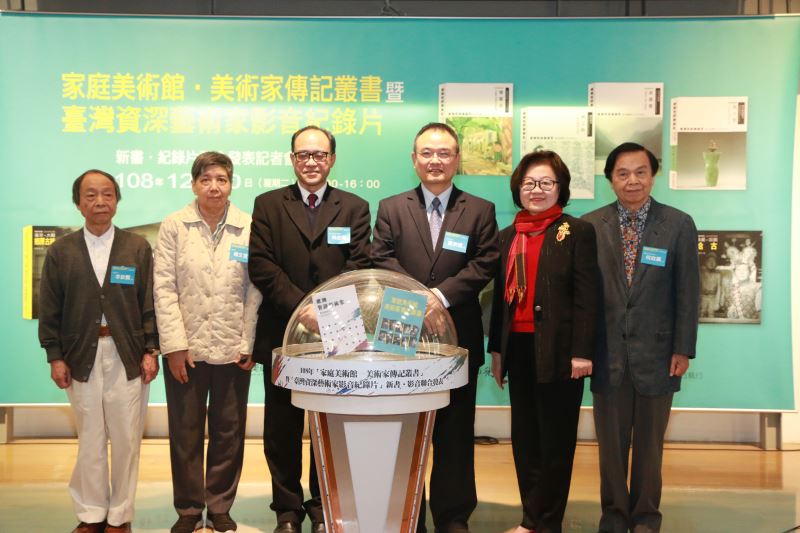 A total of 10 books and four documentary films on senior Taiwanese artists will be available starting Dec. 10, announced the National Taiwan Museum of Fine Arts. This latest installment detailing their respective lives, education, and careers is part of the Ministry of Culture's comprehensive efforts to preserve the nation’s artistic legacy.

Since 1992, the Council for Cultural Affairs, predecessor of the Ministry of Culture, has served as the legacy gatekeeper for senior artists by compiling the "Home Museum — Artist Biographies (家庭美術館—美術家傳記叢書)" series. To step up efforts in preserving such intangible assets, the council subsequently launched a documentary project called "Senior Artists in Taiwan (臺灣資深藝術家影音紀錄片)" as well.

The museum took over the two projects in 2011 to continue safeguarding the permanence and integrity of the lives and creations of Taiwan's established artists. With the support of the Ministry's ongoing art history reconstruction efforts, the museum has published 131 artist biographies and 41 documentaries thus far.

The ten new biographical books will introduce the following 10 artists:

The four new documentary films, on the other hand, will explore the lives and artistic journeys of the following four artists:

Praising the two projects as "the cornerstones" that the solid reconstruction of Taiwan's art history can be built upon, Deputy Minister of Culture Hsiao Tsung-huang (蕭宗煌) noted that the Ministry also seeks to examine the lives of Taiwanese artists in a wider social and historical context, so as to present a multi-dimensional portrait of their artistic legacies.

The ten volumes and four documentary films will also be made available to colleges, local libraries, public schools, and the nation's embassies and overseas representative offices. More information can be found on the museum's website.