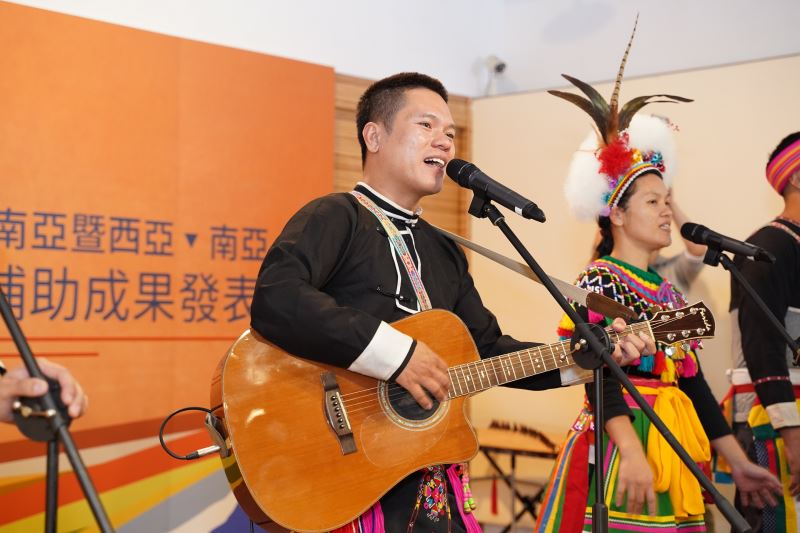 As the year comes to a close, the Ministry of Culture held the "Traditions and Innovations: A Southbound Gathering" event to showcase the latest accomplishments of ongoing southbound projects and cultural exchanges on Dec. 13 at Taipei's Huashan 1914 Creative Park.

Secretary-general Chen remarked that Taiwan is a culturally diverse society and a proud member of the Austronesian community. The Ministry promotes southbound people-centric exchanges upon the principles of promoting diversity, respecting the differences between countries, and facilitating understanding and collaboration, he added.

Through exchanges with countries in the Asia-Pacific region, Taiwan will be able to make greater contributions to neighboring communities and the world at large, Chen added. He then introduced the Ministry's "Youth Cultural Gardeners" project, which focuses exclusively on exchanges between the younger generations in Taiwan and Southeast Asia.

Sponsored by the "Youth Cultural Gardeners" project, singer Suming led a team of youth delegates to attend the Darwin Art Festival in Australia this August, using music to interact with Aboriginal artists and explore the similarities and differences among their respective indigenous cultures to strengthen the connection between Taiwan and Australia.

Furthermore, Tainan National University of the Arts' Graduate Institute of Music worked together with Matahari Ensemble to put on a Wayang Kulit shadow puppetry show using Javanese, Indonesian, and Taiwanese languages to share the story of the earth god from Indonesian folklore in October.

Moreover, Taipei-based cultural center Waley Art (水谷藝術) in association with Nepal's Gallery Mcube presented a series of joint exhibitions in September to raise awareness of the social issues faced by both Taiwan and Nepal.

More information on international grants and exchange programs between Taiwan and Southeast Asia is available here and here.