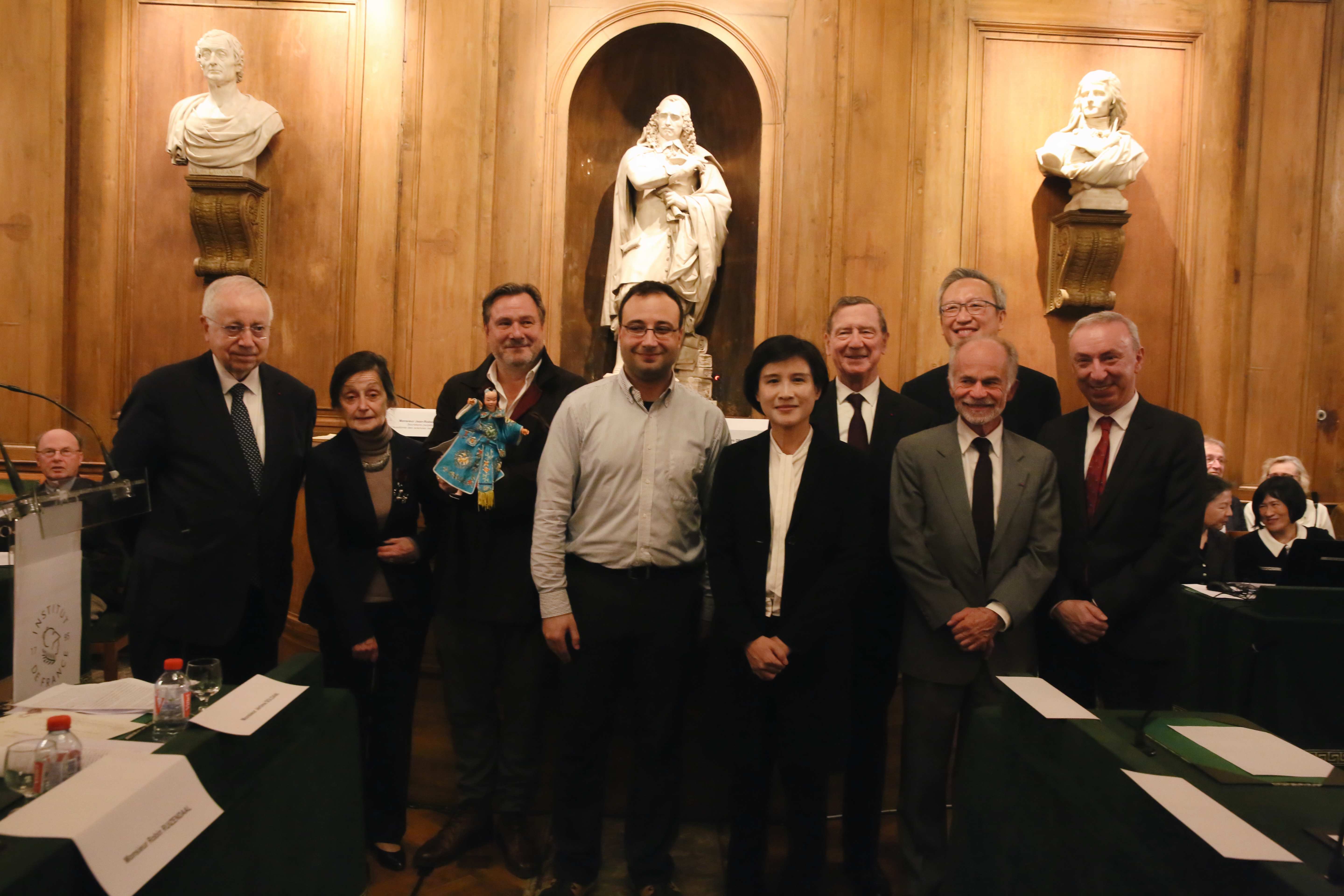 Established in 1996, the Taiwan-France Cultural Award was co-founded by the Ministry of Culture and the Académie des Sciences Morales et Politiques under the Institut de France. Culture Minister Cheng Li-chiun, along with the Académie's chair Pierre Delvolve and tenured secretary Jean-Robert Pitte, all took part in hosting the awards ceremony held in Paris on Feb. 3.

Minister Cheng delivered a speech in French, remarking that since the founding of the Taiwan-France Cultural Award, there has been a total of 42 laureates comprising individuals and institutions from around the world who work ceaselessly to promote cultural diplomacy and research on Taiwan's culture. She also encouraged more scholars to explore the different fields and lesser-known cultural aspects of Taiwan.

Ruizendaal, who is originally from the Netherlands, has been the director-curator of the Taiyuan Asian Puppet Theatre Museum since 2000. He has conducted hundreds of exhibitions to promote Taiwanese and Asian puppetry culture, and through the Taiyuan Puppet Theatre Company (台原偶戲團), he has promoted Taiwanese puppetry dramas in more than 50 countries.

Additionally, he has also published a number of academic articles on Taiwanese puppetry, organized educational workshops, and managed "Touch Taiwan (臺灣不見了)," a program designed to foster greater awareness of the importance of native languages and cultures for Taiwanese indigenous children through shadow puppetry shows.

The Association Francophone d'Etudes Taïwanaises (AFET) was established in 2010 with the purpose of promoting French-language academic research on Taiwan as well as engagement through culture between Francophone countries and Taiwan. AFET has organized hundreds of seminars, conferences, workshops, and round-table forums both in Taiwan and France.

Minister Cheng expressed her gratitude for the long-term contributions by Ruizendaal and AFET that have showcased the uniqueness and universality of Taiwan's culture on the international stage. Due to unique historic and geographic factors, Taiwanese heritage has emerged as a diverse range of traditions, she explained.

For more than a century, through cultural movements advancing schools of thought, literature, art, drama, and audiovisual media, the humanistic and universal values of democracy have continued to mature in Taiwan. Culture is not only a pillar of soft power — such exchanges rear mutual understanding and respect for differences, further consolidating the democratic spirit of inclusivity, she added.

Ruizendaal remarked that he plays a unique role as a foreign national interpreting the local culture for Taiwanese and international audiences, and has been questioned on why is it a foreign-born person doing this line of work instead of a Taiwanese. He explained that such performing arts are the shared cultural heritage of humankind, and everyone should make more effort to promote and preserve this art.

AFET President Jerome Soldani also pointed out that the association will be holding a large international conference in Paris this December, in which research experts on Taiwan-related issues from around the world have been invited to attend and witness a new milestone for cultural exchanges between Taiwan and Europe.