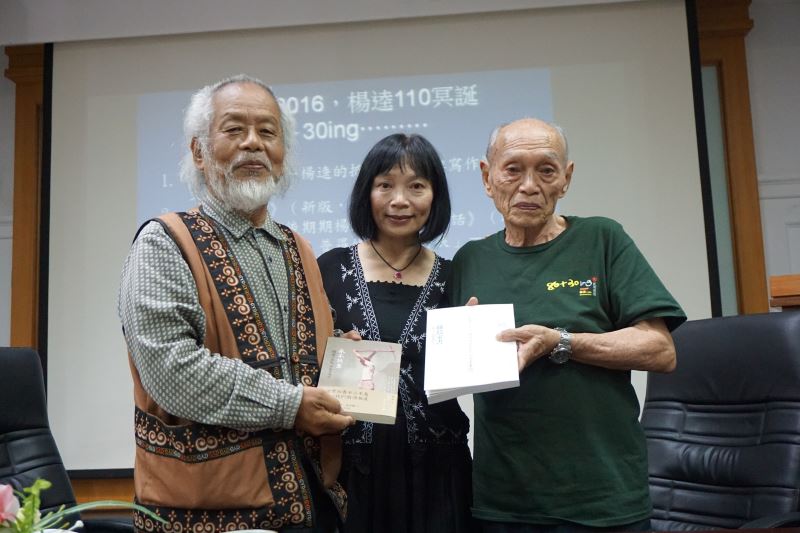 Yang Jian (楊建), the driving force behind the preservation and promotion of the literary works by his late father and White Terror victim Yang Kui (楊逵), passed away on Feb. 3. He was 84.

In a condolence message, the Tainan-based National Museum of Taiwan Literature (NMTL), which has benefited immensely from Yang Jian's donations of his father's works, lauded his contributions. "Yang Jian had devoted his life so that the current generation would learn an important piece of Taiwan's history and the significance of literature from that era," the institution stated.

Well aware of the significance of preserving historical documents, Yang Jian gave tremendous support to the compilation of Yang Kui's works in 1998 under a project initiated by the Council for Cultural Affairs, the Ministry of Culture's predecessor.

In an effort to compile references for the project, the descendants of the Taiwanese novelist-activist, under Yang Jian's lead, gathered Yang Kui's manuscripts and writing utensils that were previously left scattered.

After the collection of Yang Kui's works was published, Yang Jian donated all of his father's relics to NMTL, which became the first batch of materials to be digitized by the NMTL's archives and later contributed to the launch of the Yang Kui Literature Museum website.

Although there is a memorial hall dedicated to Yang Kui at the writer's birthplace in Tainan's Sinhua District that is maintained by regional authorities, NMTL was chosen to be the home for the Taiwanese novelist's works by his descendants. Considering future research, exhibitions, and promotion of his father's works, Yang Jian believed that his father's legacy should be preserved in national-level institutions.

As an institution committed to the documentation and preservation of all Taiwanese literature, NMTL spent two years making replicas of all of Yang Kui's manuscripts for future displays at the Sinhua memorial hall, providing another successful model of collaboration between regional and national agencies.

To collect his father's literary works, Yang Jian had been commuting between three places that his father had a strong attachment to — Sinhua, his hometown, Kaohsiung, where he worked for a period of time, and Taichung, where the social activist spent his later days.

Yang Jian used to say to those close to him that his father's legacy should be deemed as the nation's common property, and that the Yang family is willing to share the literary assets with the public. He is remembered as a bashful and quiet person with a hearty laugh. When interviewed, he would share all his knowledge without reservation.

When discussing his father’s humanitarianism, his mother Ye Tao's (葉陶) witty words, and the social movements that both his parents backed, Yang Jian would lapse into stern seriousness. However, he rarely talked about the hardships he had been through as a stigmatized family member of those persecuted under the White Terror.