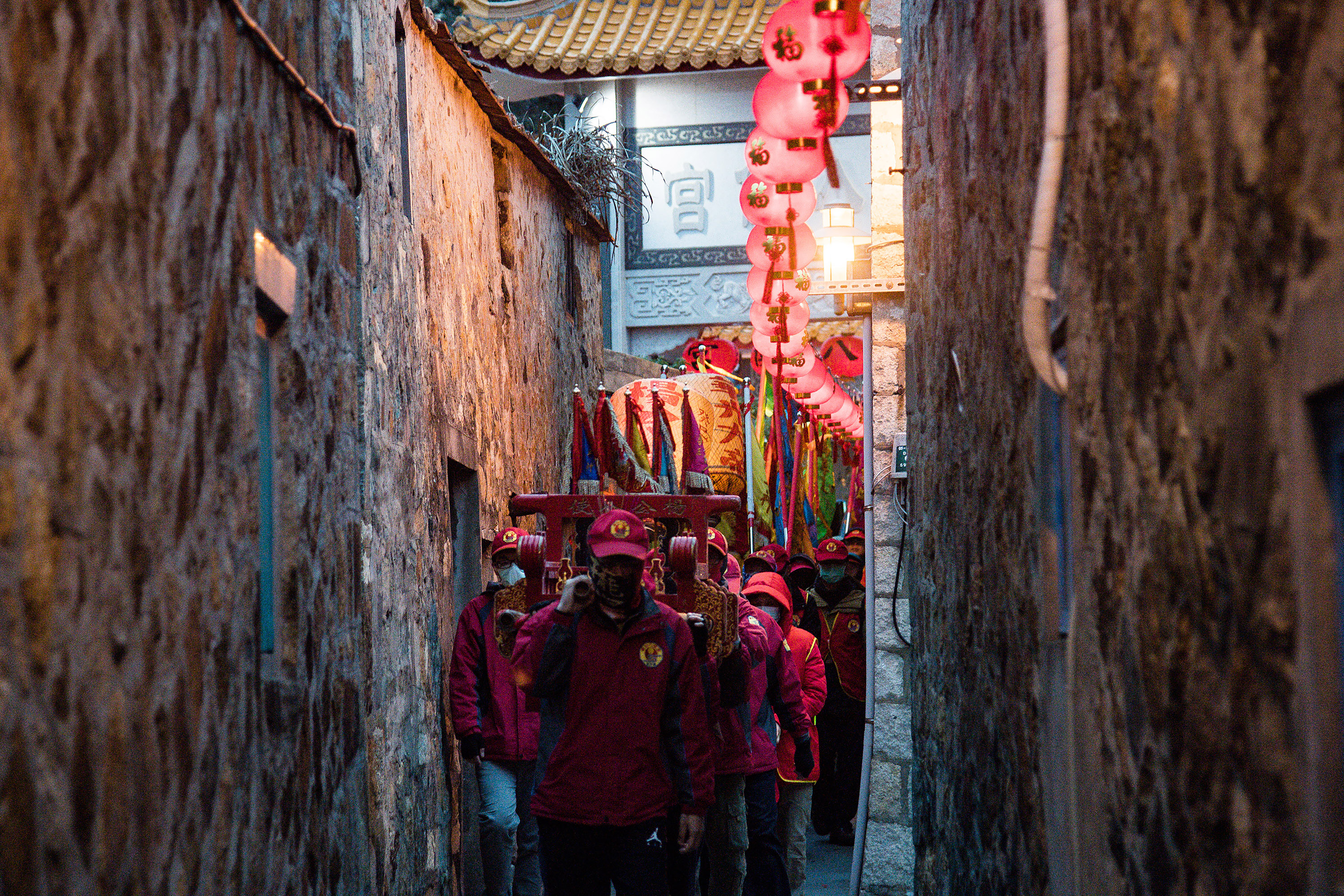 The Matsu Islands' Baiming Carnival (馬祖擺暝), which is held throughout the Taiwanese archipelago during the annual Lantern Festival, has been registered as an important folk custom by the Ministry of Culture. On Feb. 8, Deputy Minister of Culture Hsiao Tsung-huang (蕭宗煌) made a trip to the islands known officially as Lienchiang County to present a certificate recognizing the importance of Matsu's liveliest and most-celebrated folk festival.

After bestowing the certificate in a ceremony attended by county officials, representatives from several local temples, and people who had returned home for the festival, Hsiao said that the Baiming Carnival was brought to the islands by early immigrants from eastern Fujian. The weeks-long festivities have been passed down for centuries, becoming fixtures of the local culture.

Highlighting the significance of the annual affair, Hsiao said that the county's residents spare no efforts for the carnival's monumental religious tour. In addition, the traditional deity-worshipping ceremonies that still take place on Matsu Islands reflect the local community's tenacity, spontaneity, and cohesion, he stated.

There are currently 21 nationally recognized folk customs in Taiwan. However, the Baiming Carnival is Lienchiang County's first intangible cultural asset to be recognized by the government, the deputy minister added.

The Baiming Carnival comprises all-night rituals that are linked closely to local temples and worship rites aimed at showing appreciation to deities during the Lantern Festival. Today, 68 out of 79 temples across Matsu take part in the carnival, making this annual event the islands' grandest traditional fest.

In addition, the Baiming Carnival, which is held in Beigan, Nangan, Dongyin, and Juguang — four insular townships in Lienchiang County — not only preserves the richness and integrity of Matsu's traditional practices, but also boasts distinctive local characteristics.

The carnival starts with lantern arrangements and offerings of carefully laid-out dishes, followed by a deity-welcoming tour that see colorful sedan teams march along the streets carrying statues of local gods. At the end of the tour, sedan bearers and drummers visit the families of newlyweds in the region.

Next comes a banquet called the "Blessing Feast (食福)." After this, each household takes home a "lucky bag (福品)" of items that signify great fortune and divine blessings, including pork, tangerines, eggs, and buns that were presented earlier as offerings.

Lienchiang County Magistrate Liu Cheng-ying (劉增應) said that Matsu's Baiming Carnival is closely entwined with local lives. During the event, people of Matsu and those who make the trip home, regardless of gender or age, all take part in the festival. "Everyone would just put aside their work to express their appreciation for last year's harvest and pray for the coming year," he said.

To keep folk culture like the Baiming Carnival alive, Shy Gwo-long (施國隆), director-general of the Bureau of Cultural Heritage, said that his team will allocate NT$280 million for the nationwide preservation of intangible cultural assets. The figure is 2.3 times the budget spent on such projects in 2016.

The endeavor reflects the great importance that the Ministry of Culture attaches to the preservation of intangible cultural assets. The Ministry will continue to safeguard folk customs like Matsu's Baiming Carnival so that the nation's precious cultural distinctiveness will be preserved and enjoyed by future generations.


Editor’s Note: The Baiming Carnival is also known as the Baiming Festival or the Matsu Ba-mang Festival. The original phrase 擺暝 is pronounced "bā̤-màng" in the Fuzhou dialect and refers to the practice of arranging a sumptuous overnight feast in exchange for divine protection.