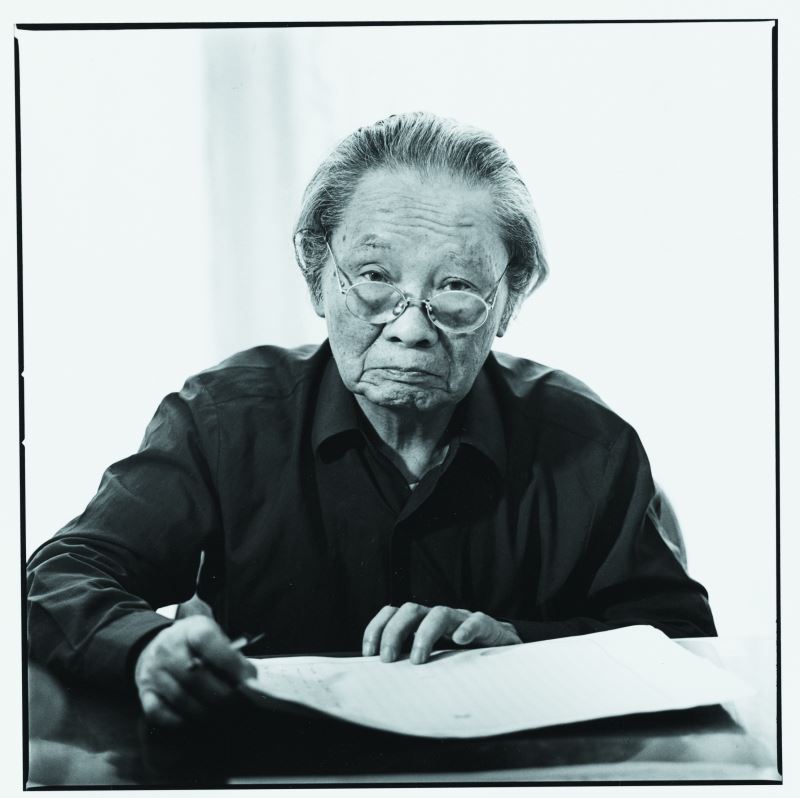 Writer-mentor extraordinaire lays down his pen for the last time

Mourning the incalculable loss of Chung Chao-cheng (鍾肇政), Minister of Culture Cheng Li-chiun said Chung's decades-spanning writings can be seen as a ceaseless record of Taiwan's literary and socioeconomic history. Chung embodied a tireless capacity for delineating the lives of the Taiwanese people and their social realities within his own lifetime, the Minister noted.

Joined by the nation's literary community in grieving the death of Chung, who passed away on May 16 at the age of 96, Cheng praised the Hakka elder as a revered and beloved champion of young and aspiring writers.

In addition, the Minister said, Chung had been a fierce supporter of the nation's need for an institution dedicated to perpetuating and promoting Taiwanese literature. He donated nearly a thousand manuscripts, books, and personal writing instruments to the Tainan-based National Museum of Taiwan Literature when it opened in 2003, Cheng added.

Revered as the "Mother of Taiwan Literature (台灣文學之母)" for his mentorship and guidance, the Hakka maestro had been a primal force in the formation of Taiwanese novels and contemporary literature. His literary creations encompass various forms such as novels, biographical pieces, and prose. In addition to documenting the lives of the Taiwanese in the 1950s and 1960s, Chung expanded the literary universe of countless writers and enriched Taiwanese culture by translating Japanese literature for Taiwanese readers.

Picking up writing when he was 26, Chung broke new ground by introducing social issues in rural Taiwan as subject matter through his first novel "The Dull Ice Flower (魯冰花)" in 1960, which was later adapted into a film. His release of the three-volume autobiographical roman-fleuve "Muddy Water Trilogy (濁流三部曲)" and "Taiwanese Trilogy (台灣人三部曲)," a nuanced portrait of Taiwanese society under Japanese rule from 1895 to 1945, took Taiwanese literature to new heights.

In the 1950s, a majority of Taiwanese writers who had grown up under Japanese rule struggled with writing in Mandarin — a language that was not at all familiar to them. Chung teamed up with a group of enthusiastic Taiwanese writers to issue a literary publication called "Literary Friends Communications (文友通訊)" in 1957, offering much-needed encouragement and a sense of solidarity to writers of his time while serving as a platform for showcasing literary works.

Throughout Chung's life, he wove his words with a rich collection of Taiwan's history, customs, and shared memories. Producing roughly 20 million words that have gripped generations of readers, Chung had accumulated numerous academic honors, including the Wu San-lien Literary Prize and the National Award for Arts. Chung, together with prominent Hakka author Li Qiao (李喬), were the first recipients of the Hakka Affairs Council's Lifetime Contribution Award.

Apart from his passion for writing, the former Senior Advisor to the President was the driving force behind the Hakka Language Restoration Movement (還我客家母語運動). He was also the co-founder of the Taiwan Hakka Association for Public Affairs (台灣客家公共事務協會) and served as chair of the Formosa Hakka Radio Station (寶島客家電台).

The approachable Chung embraced his role as a mentor in encouraging upcoming writers — both in his capacity as an editor for "Taiwan Literary (台灣文藝)," a nativist publication founded by acclaimed writer Wu Cho-liu (吳濁流) in 1964, and editor-in-chief of "The Commons Daily Supplement (民眾日報副刊)." In recognition of his long-term role as a unwavering advocate for young writers, the Chung Chao-cheng Literary Award (鍾肇政文學獎) was launched in 2015.

The Ministry of Culture, together with the Hakka Affairs Council, will apply for a posthumous presidential citation.