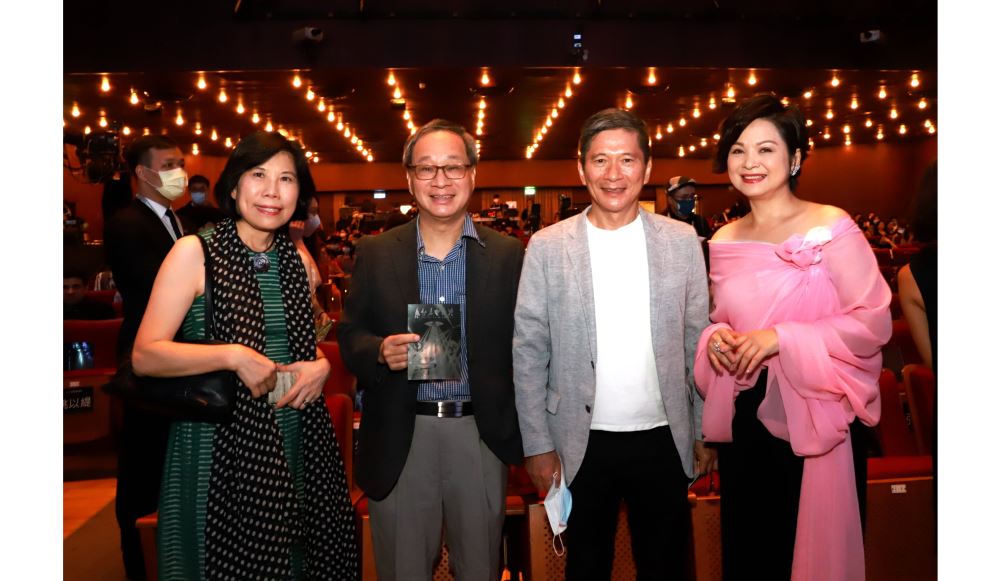 While the Covid-19 has left scores of major cinematic events across the globe deferred, the 22nd edition of the Taipei Film Awards, which honors achievements of Taiwanese cinema, was held live on July 11 at the Zhongshan Hall in Taipei, the nation's first major award ceremony since nationwide efforts were launched to curb the spread of the coronavirus.

Speaking at the ceremony, Minister of Culture Lee Yung-te said Taiwan upholds the tenets of freedom, democracy, and pluralistic values, which contribute to an environment that gives birth to the vitality and diversity of locally produced films. The Minister said his Ministry will continue to provide subsidies and grants to finance all phases of film production, such as script development, filmmaking, formulation of overseas marketing strategies, and promotion of Taiwanese cinematic content at international pitching sessions.

Lee congratulated all of the nominees and expressed his support for every film production team in the nation.

Furthermore, he said his Ministry will team up with Taiwan Creative Content Agency, an intermediary organization that aims to boost content production in the nation and strengthen Taiwan's international branding, to provide a fertile ground for new ideas and approaches to filmmaking, facilitate Taiwan's film production companies to tap into new markets, and speed up the process of obtaining private investor funds to finance domestically produced motion pictures.

Taipei Film Awards, the highlight of the 2020 Taipei Film Festival, is one of the key annual events of the Taiwanese film industry that celebrates excellence of Taiwan cinema. Founded in 1988, the ceremony sees nominees in four categories – "Best Narrative Feature," "Best Documentary," "Best Short Film," and "Best Animation" – competing for the NT$1 million Grand Prize, the largest prize in Taiwan that honors achievements in films.

To boost the production of high-quality Taiwanese films, the winners of the Grand Prize and the Best Director award will be granted the Ministry-sponsored subsidies for productions of their next cinematic works.