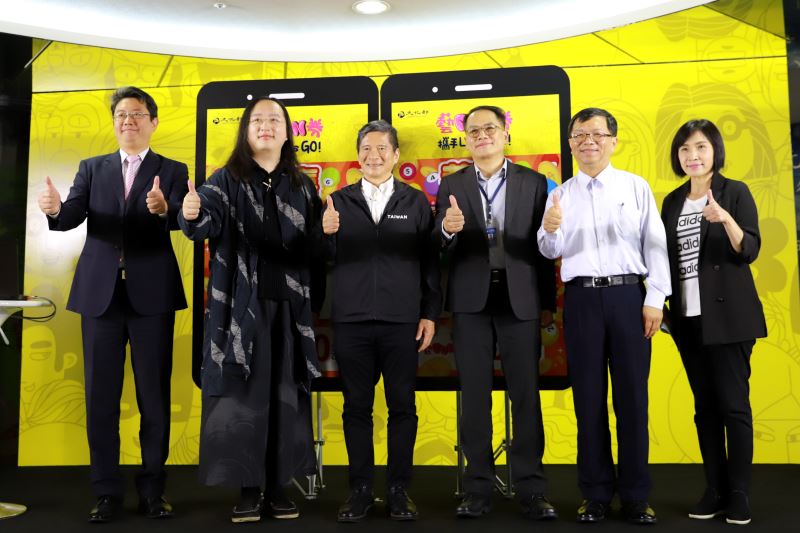 Some 2 million people whose identification numbers or foreign spouse resident visa numbers ended with a 0, 3, 4, 5, 7, 8, or 9 have won the "Arts FUN Go" electronic cultural vouchers, the Ministry of Culture (MOC) announced after a live-streamed draw held on July 21.

The electronic voucher can be used to buy tickets for exhibitions or performances of cultural establishments or buy items at culture-related stores or venues, starting July 22 and remaining valid until the end of this year.

Under the auspices of legal experts, the much-anticipated event saw Minister of Culture Lee Yung-te and Minister without Portfolio Audrey Tang (唐鳳) draw the numbers. A total of 2,107,883 winners out of roughly 3 million who signed up for the "Arts FUN Go" voucher program launched by the Ministry of Culture on June 11.

To encourage spending in the arts and culture sector which was hit hard by the global pandemic crisis, the Ministry has invested NT$1.2 billion to issue 2 million booklets of "Arts FUN Go" vouchers. Registration for the program opened at 9 am on July 18 and by the time the registration ended on July 20, 3,032,042 people had registered.

With the number of winners exceeding originally designed amount, Minister of Culture Lee Yung-te said he will pool together resources to cover the expenditure arising from the extra vouchers and seek financial assistance from the Executive Yuan if necessary.

For those who might have no access to smartphones, the elderly, individuals aged under 18, and the underprivileged and disabled, the MOC is going to team up with the four major convenience store chains to launch a second stimulus program that will include them, Minister Lee said.

The "Arts FUN Go" voucher program, a supplementary measure of the "Triple Stimulus Vouchers" program launched by the Executive Yuan on July 15, is estimated to generate NT$5 billion in value from domestic cultural and arts consumption.