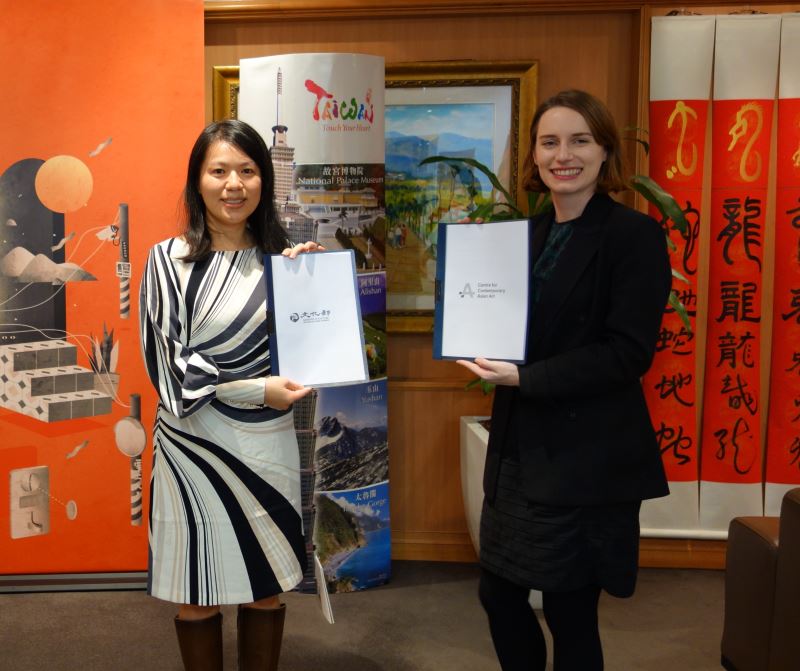 The Cultural Division of the Taipei Economic and Cultural Office (TECO) in Sydney and Australian non-profit organization 4A Centre for Contemporary Asian Art (4A) signed their first feasibility agreement on July 22 for joint sponsorship of an Australia-based exhibition on ceramic art.

Named "Drawn by stones," the exhibition is expected to take place in 2021. Featuring ceramic artworks from Taiwan, Australia, and Hong Kong, the joint effort will see how Asian and Australian artists use ceramics as a creative medium to tell their respective histories. In addition, the collection from the exhibition will be traveling to several states across Australia after its debut in Sydney.

Highlighting the significance of the agreement, Bridie Moran, 4A deputy director and curator of this exhibition, said "Drawn by stones" is 4A's first exhibition on ceramic art in ten years. Under the auspices of the Ministry of Culture and the Sydney-based division, she said, 4A is set to launch its Taiwan visual arts research and curation for the first time since 2012.

Moran said the exhibition took its title from prominent American poet Marvin Bell’s 1984 poem "Drawn by Stones, by Earth, by Things That Have Been in the Fire" to recognize that the foundations of ceramic creation lie in the earth. Through the works of exhibiting artists, she said, the exhibition aims to expand the relevance of ceramic histories, land, ownership, and sovereignty.

The exhibition is part of the effort undertaken by the division – the Ministry of Culture's first and only overseas office in the Oceania region – to deepen Taiwan's cultural exchanges and collaborations with Australia and New Zealand. However, such exchanges have been put on hold due to the COVID-19 pandemic since Australia closed its borders to foreign nationals in March.

4A, located in the heart of Sydney, is an independent art institution founded by the Asian Australian Artists' Association in 1996. The non-profit organization believes that Asian cultural thinking significantly shapes the world today and will have an important impact on the future.
Since its establishment, 4A has played an essential role in promoting cultural exchanges between Australia and Asia. Solidly backed by Australia Council for the Arts, the Australian Government's arts funding and advisory body, the center has been a leader in Asian contemporary art in Australia and its program is also presented throughout Australia and Asia.