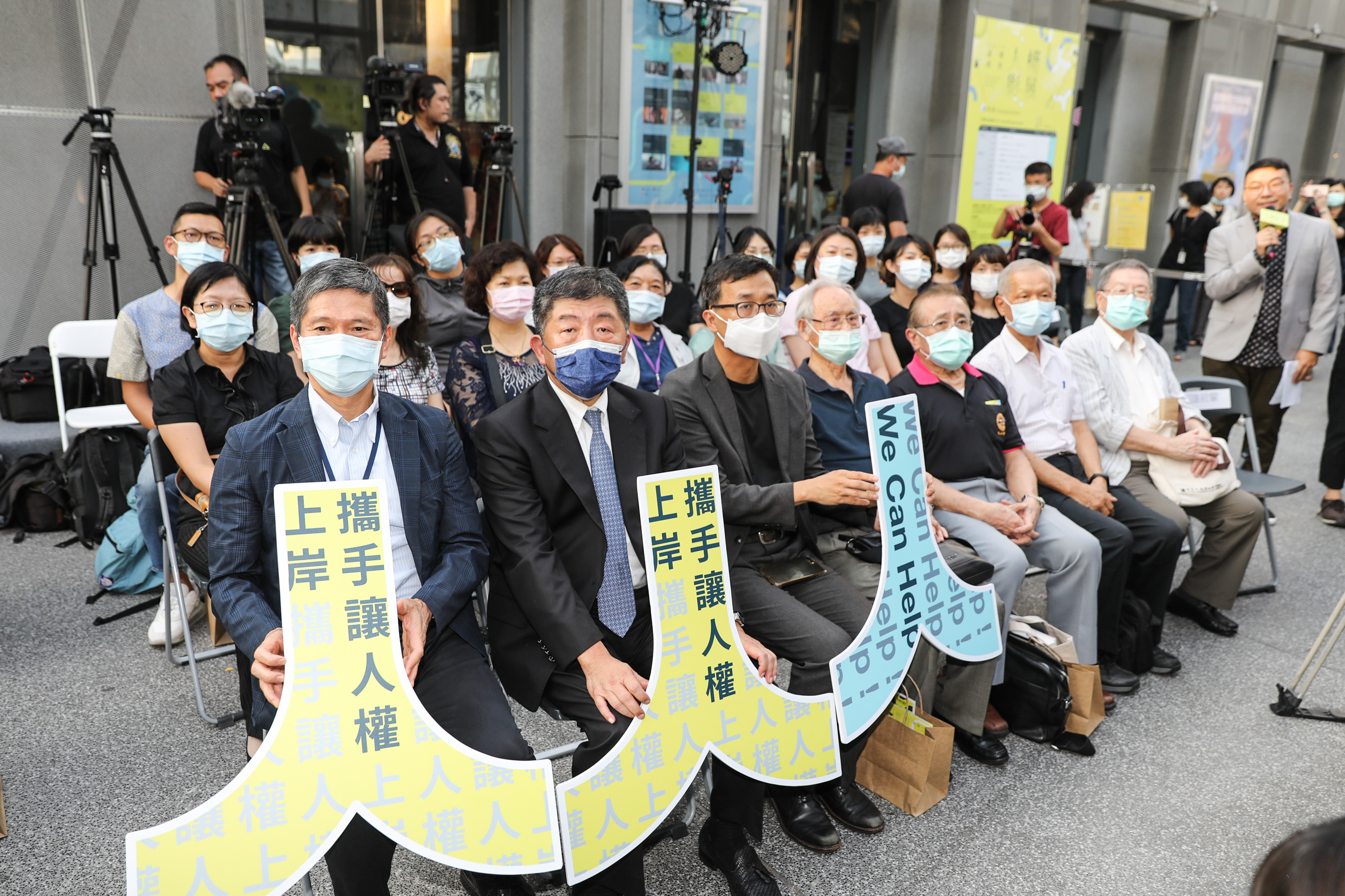 The 2020 Taiwan International Human Rights Film Festival kicked off Sept. 4 at SPOT Huashan cinema in Taipei City. A total of 14 movies from home and abroad will be screened at Huashan from Sept. 4 to 6, and at Kaohsiung Film Archive from Sept. 24 to 27. From Oct. 1 to Nov. 15, a series of collaborative screenings will be held at school campuses and bookstores around the island.

Speaking at the opening of the festival, Minister of Culture Lee Yung-te said, "human rights and medical care," "international mobility," and "transitional justice-related issues" were chosen as the themes of this year's human rights film festival. Pointing out that imagery itself can be compelling and serve as a more approachable and relatable medium for viewers to receive the intended message, the minister said, however, it is not easy to promote human rights education through films in times of epidemics. He expressed appreciation for coordinated efforts of the epidemic prevention personnel and people of the nation.

The carefully-tailored themes and nationwide screening events invite people from all over Taiwan to reflect on human rights-related issues, Lee said. "Human rights norms and culture are closely intertwined, I hope everyone will ponder over human rights issues, so that Taiwan can continuously move forwards toward the society of fairness and justice," the Culture Minister added.

Attending the Sept. 4 event, Minister of Health and Welfare Chen Shih-chung (陳時中) said, in times of epidemics, there are often questions about possible conflict between human rights and public health practices and decisions to be made regarding extraordinary measures, such as restrictions on freedom of movement. He expected that, in consideration of the common good, people would incorporate human rights in medical care as well as daily livelihood and face any situations with mutual respect.

All films are selected in the hope to foster a greater understanding of pandemic-related issues through sustaining the ongoing in-depth discussions on COVID-19 in Taiwan, according to Wang Chun-chi (王君琦), director of the Taiwan Film and Audiovisual Institute (國家電影及視聽文化中心).

Some selected films give voice to those silenced, for example, victims of political repression, death row inmates, and laborers of lower socio-economic status, Wang noted.

The festival opened with the 2019 documentary "The Fever," which depicts the battle against raging malaria in East Africa, uncovering the difficulties and challenges faced by people who have taken action to curb the illness.