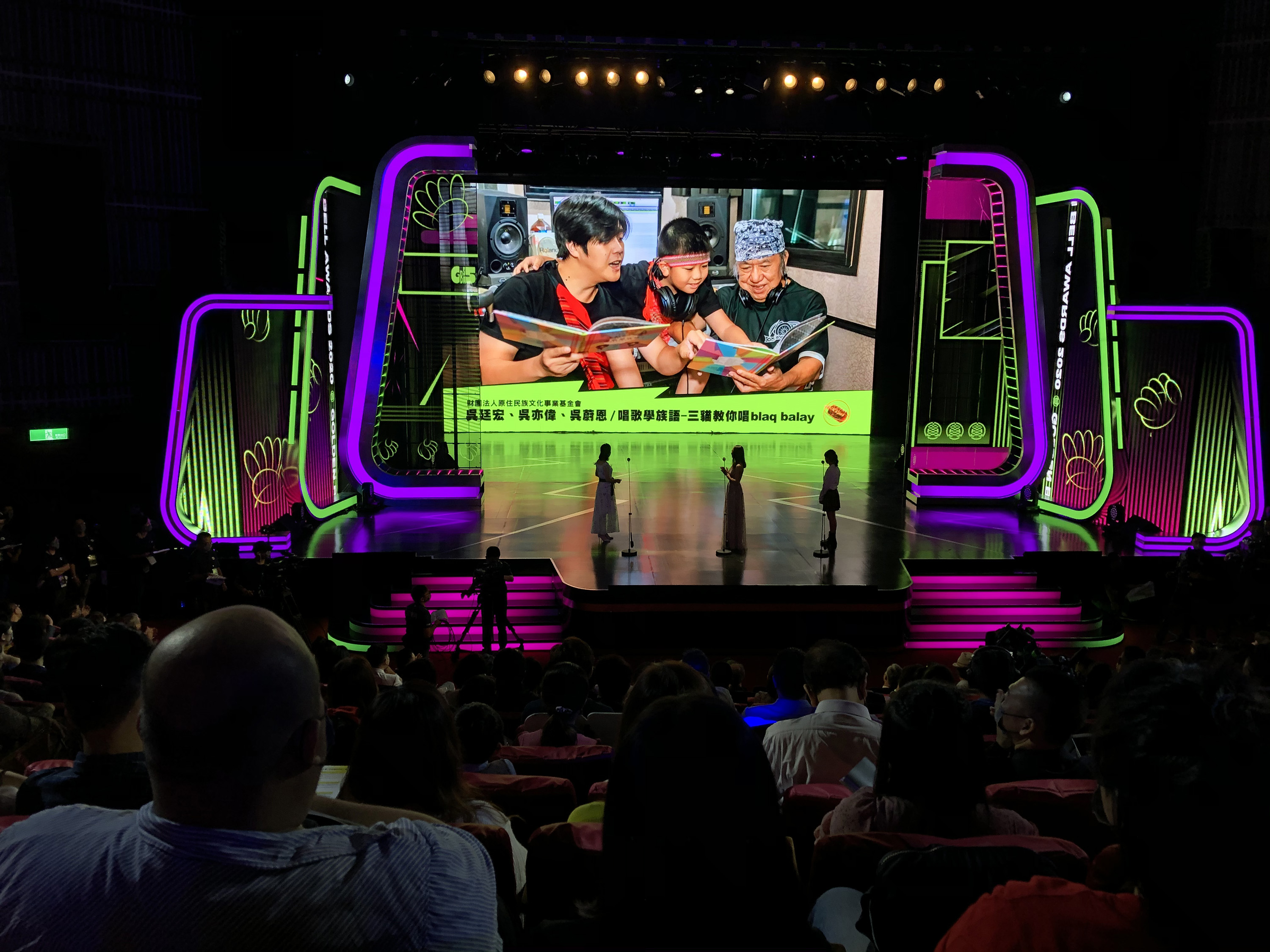 Winners of the 55th Golden Bell Awards for radio broadcasting were honored at the awards ceremony at the National Sun Yat-sen Memorial Hall in Taipei City on Sept. 19. There were 125 radio shows competing for 26 awards for excellent radio hosts and radio broadcasting programs this year.

With the theme "Opponents (對手)," the awards ceremony was emceed by radio personality Mary (瑪麗) and YouTuber Retina (視網膜), who also recited an impressive segment of lines completely backwards, baffling and then drawing laughter from the audience.

Radio host Chen Tuan-hui (陳端慧), also known as Tuan Tuan (端端) of NER won the "Best Youth Program Host," and "Best Arts and Culture Program Host" awards for her two radio talk shows that invite guests to explore topics from lifestyle technology, drama, literature to fashion and travel. Chen has been in the broadcasting industry for over ten years, and had been nominated multiple times before. This is her first win, which she humorously remarked was assisted with her wearing red "from inside out" for good luck.

With special meaning, the "Best Social Care Program" award was presented by broadcaster Claudia Lin (林書煒) and survivor of the Formosa Fun Coast (八仙海岸) water park inferno incident Leo Huang (黃博煒). Due to the incident in 2015, Huang had to have three of his limbs amputated to save his life. However, he never gave up and has worked hard to live independently. Recently, he published a book sharing his experiences to inspire and encourage positive thinking.

The radio host of "I Love Sports" Huang Yan-xiang (黃彥翔), also known as Sean (尚恩), thanked all the special guests on his program for that they have overcome physical disabilities and demonstrated unlimited possibilities. A crew member of the show, Sun Ming-hong (孫銘宏), expressed his hopes for society to provide more empathy and love, so everyone in society can live without obstacles. Another crew member, Chen Yi-bei (陳怡蓓), who is disabled herself, stressed that disabled persons can participate in many sports. She anticipated that the show will continue, encouraging people with disabilities to have active participation in an amicable and accommodating society.

Bravo FM 91.3 ‘s "Jazz Supreme (爵士・無所不在)" program won the "Best Music Program" award, while host Vincent Hsu (徐崇育) took home the "Best Music Program Host" award. Hsu mentioned, as a musician he was extremely happy to be able to share his love of music through the radio platform with everyone and thanked Brovo for giving him the opportunity to showcase jazz music.

Competition was most fierce for the "Best Pop Music Program" award, and it was attained by DJ Tree (小樹), host of UFO's "Street Voice (未來進行式)" program. DJ Tree remarked, as he was nominated for the first time, it was a huge honor for him to win this award. He especially thanked his predecessor Ma Shi-fang (馬世芳) for inspiring him.