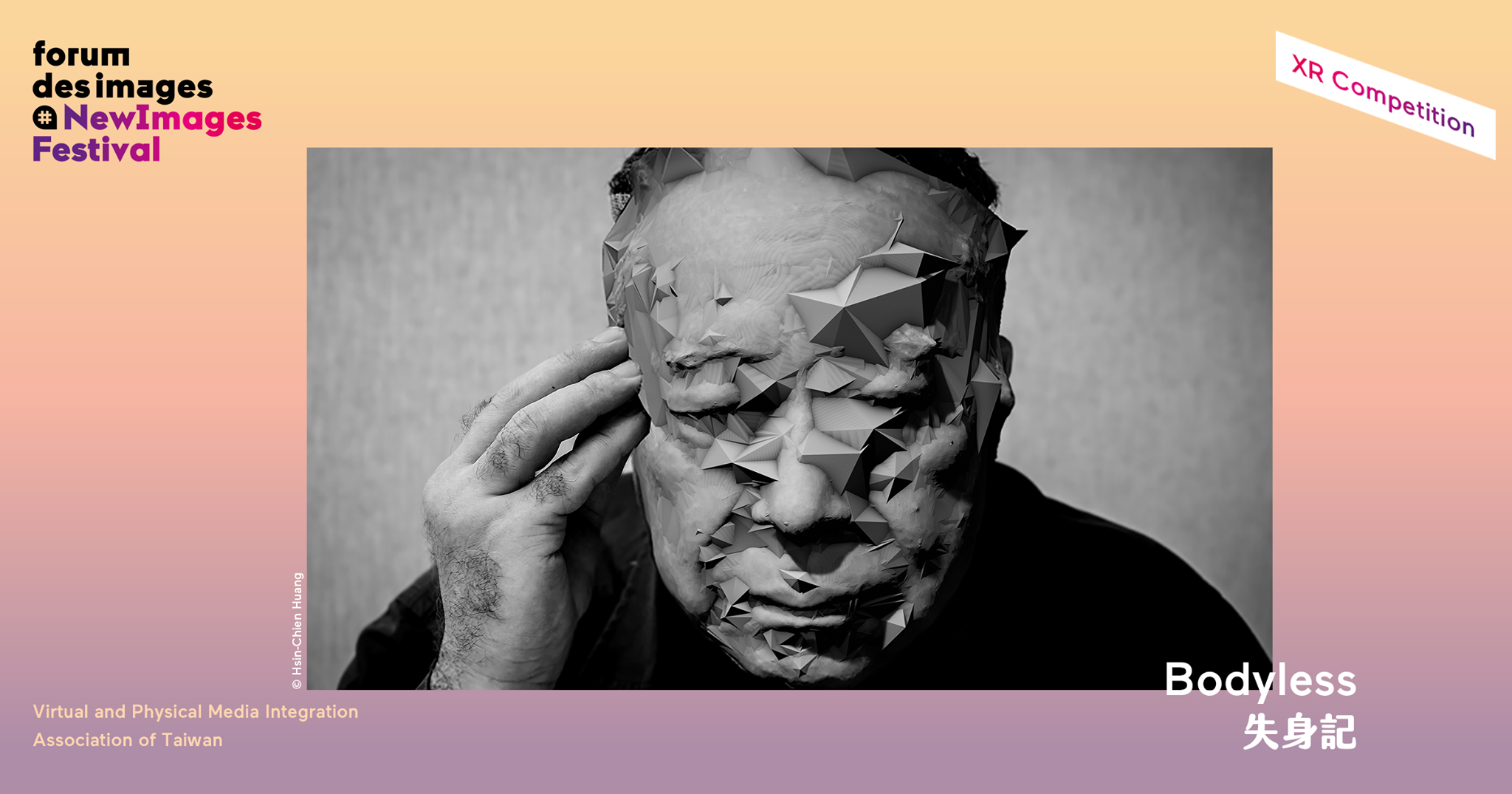 Inspired by Huang's childhood memories of the dark chapter in Taiwan's history, "Bodyless" unfolds when an aged political prisoner who passes away alone in confinement against the backdrop of political oppression of the martial law era from 1949 to 1987.

Through the deceased man's eyes, viewers will be able to explore folk culture in Taiwan and the nation's spiritually vibrant world. The plot thickens when a mechanical force starts to dismantle the spiritual realm, reducing humans and memories into simple geometric shapes that can be more easily managed by ruling class.

Selected from 16 digital projects competing for the XR Competition of the festival, Huang's immersive VR piece won the top honor and €6,000 (NT$208,000) in prize money for its unique art of storytelling, poetic composition, narrative style, aesthetics, and also innovativeness.

Born in 1966, Huang is one of the world's top pioneers in the cutting-edge field of virtual reality. Over the years, he has embarked on creating virtual reality films with American multidisciplinary artist Laurie Anderson. Many were showcased in "2019 Quinzaine des Réalisateurs (The Directors' Fortnight)," an independent section held in parallel to the 72nd Cannes Film Festival.

Two VR films from Taiwan, "Look At Me (看著我)" by Ho Wi-ding (何蔚庭) and "Great Hoax: The Moon Landing (星際大騙局之登月計畫)" by John Hsu (徐漢強), and "Missing Pictures: Birds of Prey (大師狂想曲：阿貝爾費拉拉)," a joint project by producers from Taiwan, France, and the U.K., are also among the entries for the competition.

Additionally, the brand new version of ATLAS – a reality experience created by artist Marie-G Losseau and the 2019 Taiwan VR residency laureate Yann Deval (閻德沃)– is among the festival's lineup for non-competition section.

During the awards ceremony on Sept. 25, winner of the Taiwan VR Residency was announced. The three-month residency is collaboration between the festival, the French Office in Taipei, and the Kaohsiung Film Festival. Hayoun Kwon(權河允), co-founder of France-based VR creation studio Innerspace VR, has been selected for this year's residency program, which will run from January to April, 2021 in Taiwan's southern city of Kaohsiung.

Established in January 2018, the NewImages Festival is organized by Forum des images, a cultural institution subsidized by Paris City Hall, with an aim to promote the latest digital creations. The third edition of the annual festival began on Sept. 23 and ran until Sept. 27. The first three days, Sept. 23-25, are industry days for professionals and on Sept. 26 and 27, the programs are open to public.