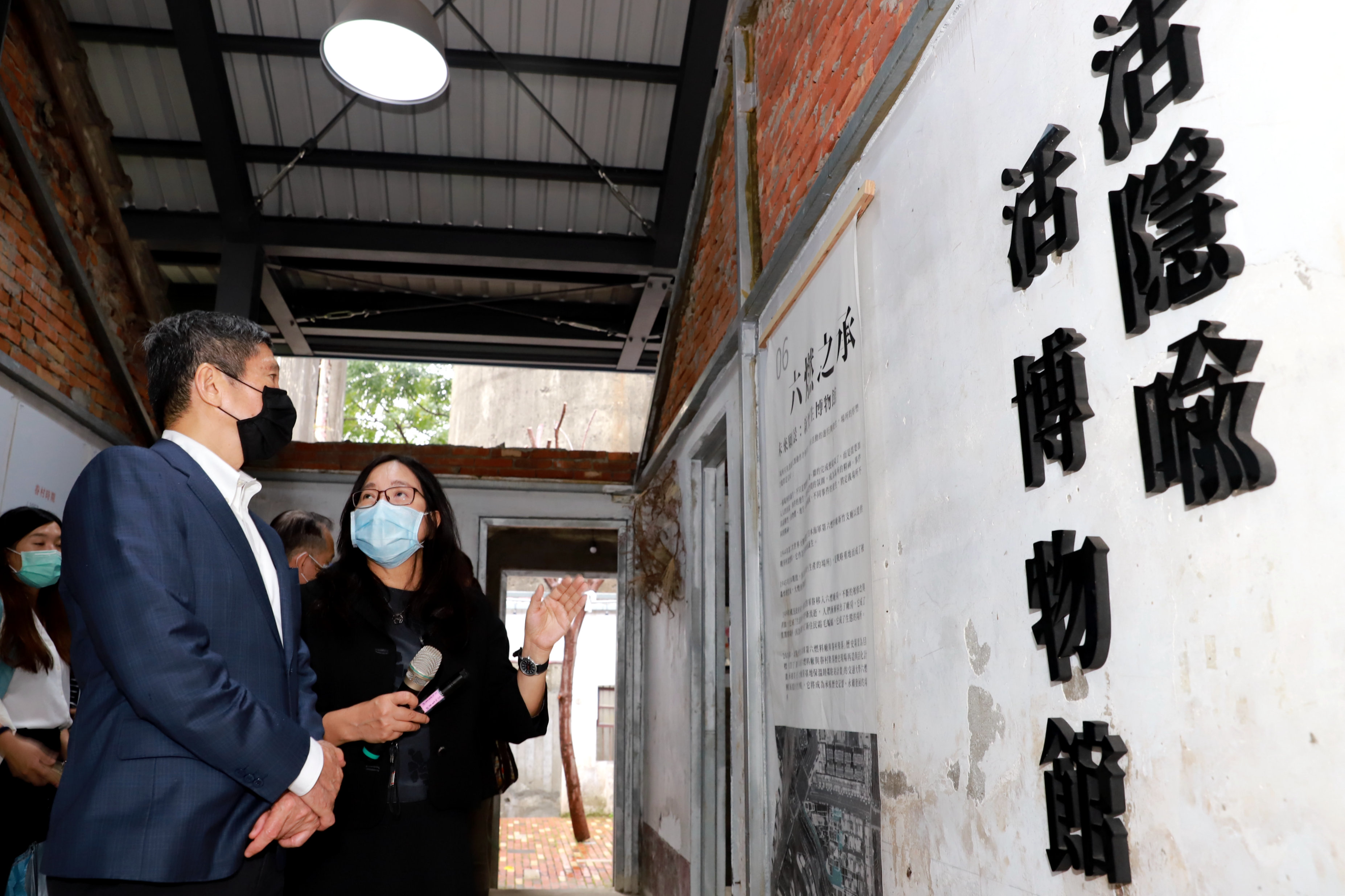 Minister of Culture Lee Yung-te on Sept. 30 visited historical sites in Hsinchu, including the "Imperial Japanese Navy's Sixth Fuel Factory," and former Shinchiku Prefecture Library of the Japanese colonial era, to assess the current preservation and restoration status. The site is a part of the "Regeneration of Historic Sites" (RHS, 再造歷史現場) projects, aiming to revitalize local resources and form regional cultural landscape.

Minister Lee began his tour at the restored Japanese-era Hsinchu library. Built in 1925, the second public library established in Taiwan was one of the few dedicated libraries built during the Japanese Occupation. Due to its historical and architectural preservation value, the library was recognized as a city-level Historical Site in 1998.

With budgetary support from the Ministry of Culture, the building has been restored to its original appearance with its mix of classical, neo-Renaissance architecture and added modern amenities. The library can once again welcome old and new visitors, after its 34-year hiatus.

Minister Lee expressed his gratitude to the Hsinchu City Government, National Chiao Tung University (NCTU) team, and construction engineer team for their diligent research and restoration works to rebuild the historical sites. He also emphasized that the Ministry aspire to promote the preservation, maintenance and revitalization of historical cultural assets through the joint efforts of central government, local governments, and private sectors.

Through restoration and repurpose of cultural assets, the Ministry expects to reconnect the people with the historical memory of the island and bring to light many heart-warming stories regarding cultural assets preservation, he stressed.