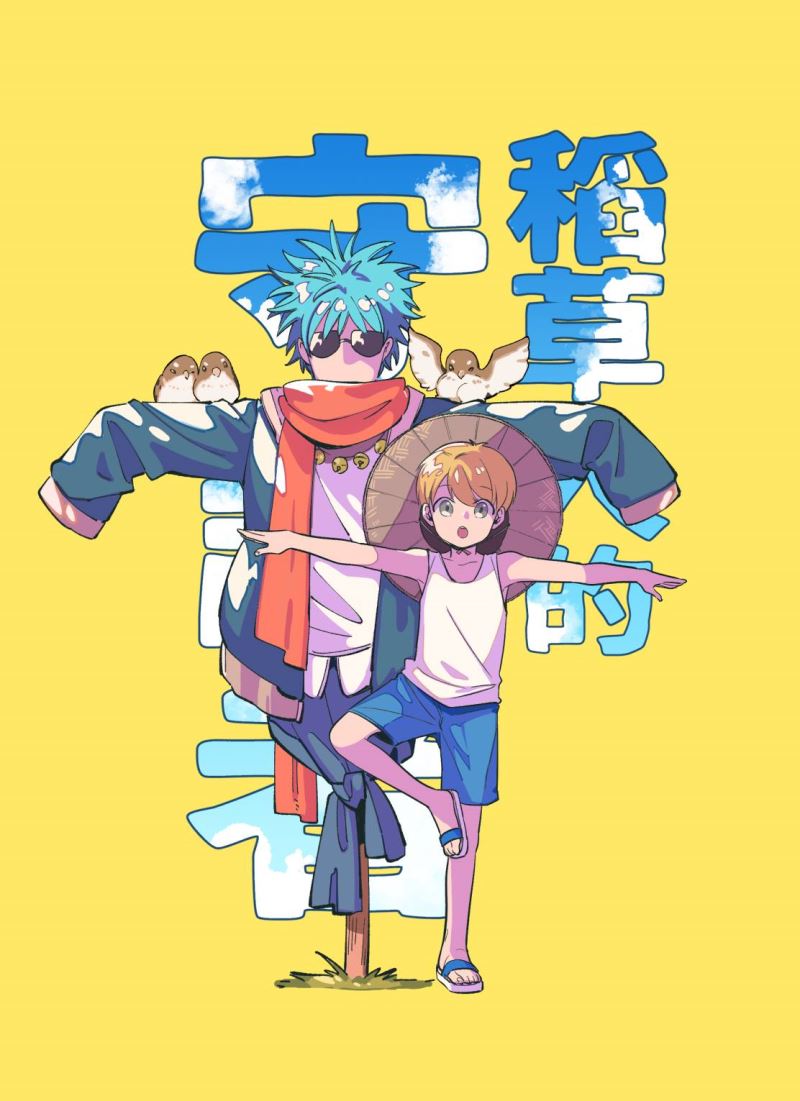 Four Taiwanese comic artists – Gene, LawRen新彥, rgreen551(綠子), and KUN have recently won awards at this year's Kyoto International Manga Anime Award, and among them, Gene won the Grand Prize for her friendship-themed artwork "Guardian of the Scarecrow (稻草人的守護者)" and the top award in the illustration category with "On the Way to Celebration (慶典路上)," according to the award's organizer.

Kyoto International Manga Anime Award is an international competition for aspiring creators and manga artists from around the world. In addition to the Grand Prize and the Special Jury Award for the best content among all entries in the manga, illustration and animation categories, one excellent award, one runner-up award, and three finalist awards are presented in each of the three categories.

There were 1,621 entries from 87 countries this year, including comic works and illustrations from Taiwan, Japan, China and the United States.

Gene told a local media that upon learning about the honor, it felt like dreaming. In addition to expressing her appreciation of the recognition, which came with respective cash prizes of 100,000 yen and 50,000 yen, Gene said she will keep on creating and introduce more works to comic fans.

LawRen's (新彥) work "The Other Side of the Sword (劍之所指)" was among the finalists in the manga category, while "Dreamy (夢幻)" by rgreen551 and KUN's "Summer Day (夏日)" were both selected as finalists in the illustration category.

Since the competition's launch in 2015, a number of Taiwanese comic artists have won awards with their exceptional artworks, including YinFu (銀甫), Chang Sheng (常勝), and ANTENNA牛魚, whose serialized strips were published in Japanese Manga magazine "Hibana."

Comic art plays a key role in Taiwan's Intellectual Property and content creation industries, and a number of blockbusters and popular literature are based on comic books, according to the Taiwan Cultural Center in Tokyo (TCCT) . To help Taiwan's comic art gain a foothold in the Japanese market, comic artist Zuo Hsuan (左萱) was invited to design a yearly pamphlet for the center this year.

While the well-received flyer has served as one of TCCT's marketing tools to introduce Taiwanese comic art to the Northeast Asian country, the center will also team up with Taiwan Creative Content Agency to further promote original Taiwanese comic content through a series of events in Tokyo in November.

Originally scheduled to take place on Nov. 21, the Kyoto International Manga Anime Award ceremony is likely to go virtual or be cancelled this year due to coronavirus-related restrictions.