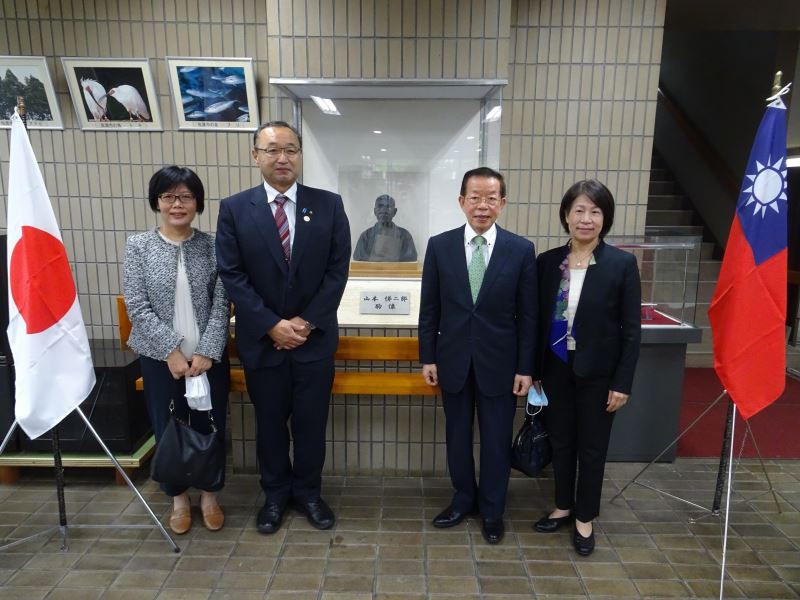 A bust of a distinguished Japanese politician by Huang Tu-shui (黃土水, 1895 - 1931), who made history by becoming the first Taiwanese to study arts in Japan, will be delivered to Taiwan from the East Asian country for repair.

The development came after the Ministry of Culture, the National Taiwan Museum of Fine Arts (NTMFA), and Japan's Sado city government signed an agreement in May, 2020, allowing the bust of Yamamoto Teijiro to undergo a NTMFA-led restoration in Taiwan.

The museum will make a replica of the sculpture for the purpose of preservation after the restoration completes, while the original will be returned to the Japanese city.

Widely regarded as one of the most prominent sculptors of Taiwan's modern era, Huang was the first Taiwanese student to study at the Tokyo School of Fine Arts, predecessor of the Tokyo University of the Arts. The artist went on to be the first Taiwanese to participate at Japan's Imperial Art Exhibition in 1920. His works were exhibited in next three exhibitions.

With artworks that bear testimony to his exceptional sculpting skills and profound care for Huang's native land, the Taipei-born sculptor had become the promising artist in Taiwan and Japan’s art communities at that time.

Huang had been commissioned to make sculptures for the Imperial House of Japan as well as influential figures of Japanese society, including Yamamoto, a Sado native who had deep ties with Taiwan.

Yamamoto partook in the preparatory work for the establishment of Taiwan Seito, now the Taiwan Sugar Corporation, and subsequently served as the president of the company.

The return of the sculpture is part of the Reconstruction of Taiwan's Art History Program (RTAHP) put forth by the Ministry. Launched in 2017, RTAHP seeks to paint a fuller picture of Taiwan's culture through locating and facilitate the return of oversea art works created by Taiwanese artists.

According to Japanese scholar Suzuki Eka, whose expertise is Taiwan's artist development during the Japanese rule period, Huang had left a total of four figure sculptures in Japan, with two donated to National Changhua Senior High School in central Taiwan, and two – a bust and a bronze statue of Yamamoto – preserved in Sado city.