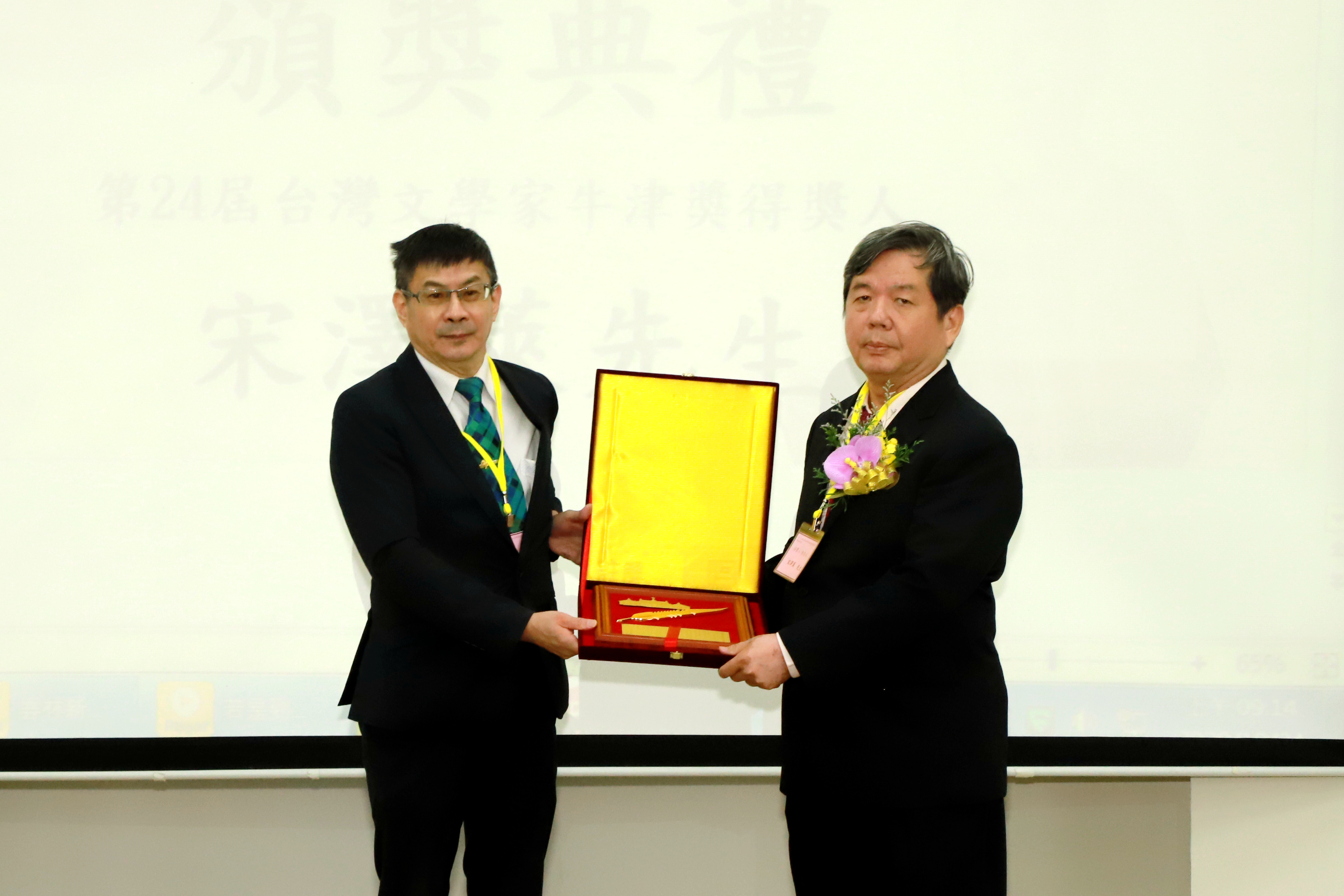 Sung has been widely known as the driving force behind the promotion of Taiwanese literature and native consciousness, Minister of Culture Lee Yung-te said at the award ceremony.

With his literary works that encompass a variety of topics, including acclaimed "Daniounan Village (打牛湳村)," the Yunlin-born Hakka has won a string of esteemed accolades, Lee introduced.

"His winning testifies to the saying that fame follows merit," the Minister remarked.

Lee also expressed his appreciation for the university's efforts to establish the first department of Taiwanese literature in the nation and the Oxford Prize for Taiwanese Writers. The university has been shouldering the responsibilities of passing on the heritage of Taiwan-centric nativist literature, he added.

Aletheia University, a private university in Tamsui, New Taipei City and Madou, Tainan in Taiwan, was founded as Oxford College in 1882 by George Leslie Mackay, a missionary from the Presbyterian Church in Canada. One of the oldest institutions of higher education in Taiwan, the school has borne the name Aletheia University, after the Greek word for truth, since August 1999.

Principal Chen Chi-ming (陳奇銘) of Aletheia University, who was also in attendance at the event, said the author rose to prominence on the Taiwan literary scene with his literary works including the acclaimed novel "Daniounan Village (打牛湳村)."

Sung is the laureate of the Wu San-lien Literary Award (吳三連文學獎), the Wu Cho-liu Literary Awards (吳濁流文學獎), and the National Award for Arts (國家文藝獎), Chen said.

The prize has earned itself a reputation as being "Taiwan's equivalent of the Nobel Prize in Literature," according to Chen.

Immediately following the ceremony was a symposium that explores Sung's works, achievements, and contribution to Taiwanese literature. The event was attended by respected scholars Ou Chung-ching (歐崇敬), Huang Mei-er (黃美娥), and others.