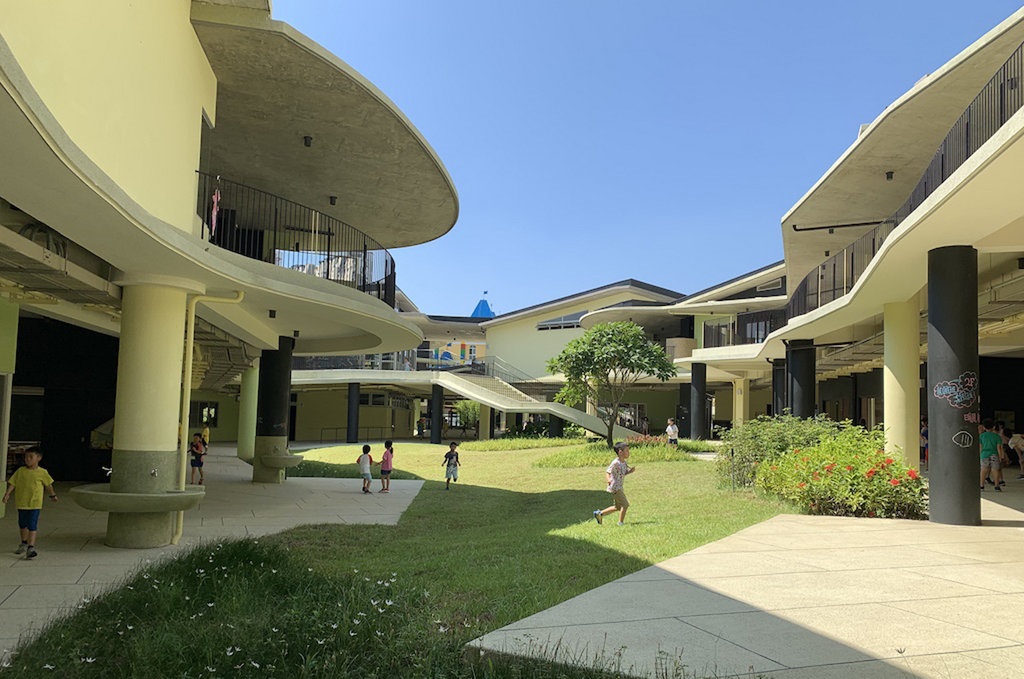 2020 Taiwan Architecture Award has two winners of the top prize – the Guanpu Elementary School in Hsinchu City and the Taichung Railway Station, Taiwan Architect Magazine, the journal of the National Association of Architects, R.O.C. (Taiwan), has announced.

Launched in 1979, the Taiwan Architect Magazine organized award received a total of 177 entries this year and 12 were selected for the shortlist.

In addition to the two top prize winners, three projects are honored with merit award. The winning projects are hailed for their designs that open up new possibilities for future renovation programs involving neighboring communities and spaces.

The Guanpu Elementary School, designed by the award-winning architect Huang Sheng-yuan (黃聲遠) and his team Fieldoffice (田中央工作群), is commended for its architecture that takes advantage of the topography of the site to create a distinct campus that gives out an ambiance of unlimited possibilities.

Without exterior walls, the open-air buildings in the elementary school are regarded as a departure from stereotypical construction of campus buildings, creating an environment that connects its adjacent communities, according to the jurors' statement.

The century-old Taichung Railway Station, meanwhile, has been under the Taichung City Government-spearheaded transformation based on a carefully-designed blueprint that covers a significant part of the city. Under its landscaped roof canopy, the main building of the railway station is no longer an enclosed construction and has now connected with nearby transportation networks.

"Mountain Within," a Taipei-based multifunctional complex, the newly furbished Hsinchu Zoo and Taichung City Taiping Yuhsien Social Housing are honored with merit award. Both "Mountain Within" and the Hsinchu Zoo projects were designed by renowned architect Jay Chiu (邱文傑) and his team AxB Architecture Studio.

"What even more inspiring, however, is that three fourth of the shortlisted entries are projects anchored by public sector, and people in charge (of these projects) are all working as hard as ever to contribute to Taiwan architectural development," Tseng said.