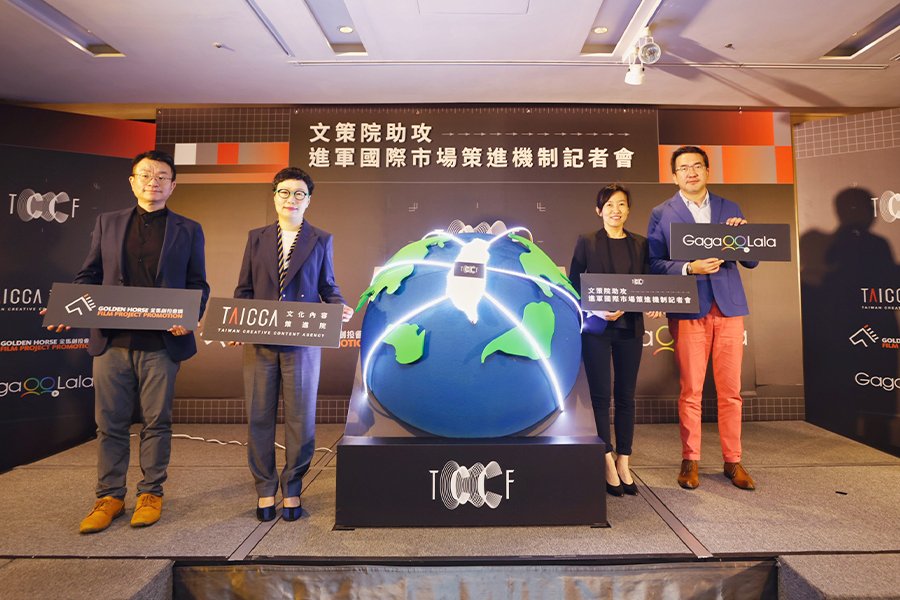 The Taiwan Creative Content Agency (TAICCA), an agency aimed to boost the nation's content production, announced the "Last Stage Fund," a cooperation program with two local audiovisual production promoters to find new international channels for original content from Taiwan. Through this fund, projects developed by local and international partners, as well as original proposals developed in collaboration with international platforms, will receive up to $300,000 each in grants.

At a press conference on Nov. 10, the TAICCA announced its collaboration with the Mandarin-language film project matching platform Golden Horse Film Project Promotion and GagaOOLala, a LGBTQ+ film streaming platform, to offer the venture fund. TAICCA in July initiated the "First Mile Program," linking publishers, scriptwriters, and investors for the Print-to-Screen Adaptation Content Development Plan to boost TV and film production in Taiwan.

According to the TAICCA, TV series projects, drawing on elements of Taiwanese culture and having distribution networks in place to ensure widespread global access, will be eligible for the grant of up to US$ 300,000 each, while film projects which meet above mentioned criteria are eligible for up to US$100,000 each in grants. The grant shall not exceed 30% of applicant's overall production budget.

The pre-selection of pitching projects will be carried out by the Golden Horse Film Project Promotion and GagaOOLala.

In addition to the financial support, the TAICCA is set to showcase more original homegrown content suitable for audiovisual adaptations to buyers home and abroad at the Taiwan Creative Content Fest from Nov. 17 to 22.

The event will be joined by representatives from content industry heavyweights, including the Producers Guild of America, the South Korean media company CJ ENM, the U.S. streaming platform Netflix, and the Singaporean content creator MediaCorp.

According to the agency, the number of participating buyers this year is three times larger than those of the preceding year.

TAICCA chairperson Hsiao-ching Ting (丁曉菁) said at the press conference that the event has thus far received 262 applications from 75 companies – a visible growth from last year where 244 entries from 64 firms were submitted.

From Nov. 16 to 17, the TAICCA and GagaOOLala will co-organize the "2020 GOL SUMMIT x GPS." As part of the 2020 Taiwan Creative Content Fest, the online pitching event will see participating film industry professionals shed light on experiences producing LGBTQ-themed cinematic works from their respective vantage.

Organized by the TAICCA, the 2020 Taiwan Creative Content Fest will take place at Le Méridien Taipei, Legacy Max at Shin Kong Mitsukoshi A11, and the Vieshow Plaza Xinyi, featuring a variety of events including content exhibitions and matchmaking sessions.

Established in 2019 and supervised by the Ministry of Culture, the TAICCA is an intermediary organization that promotes the development of Taiwan’s content industries.