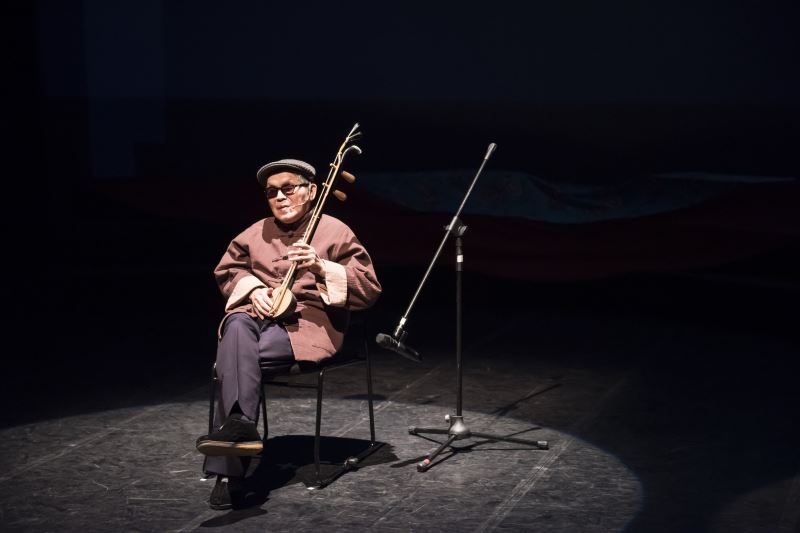 Hakka Folk Song Artist Hsu Mu-chen (徐木珍) passed away at the age of 76 on Dec. 29, 2020. Minister of Culture Lee Yong-te expressed his condolences and paid tribute to Hsu, who, with a life filled with perseverance and impromptu performances, left an important cultural legacy on the Hakka music world.

Hsu was born in 1944 in Hsinchu County. As a child, he lost sight in both eyes as a result of a measles infection, but with his natural gift for singing, he was able to sing a wide array of melodious Hakka mountain tunes.

At 20, he started attending many Hakka folk song competitions, which made him stood out among the crowd. Hsu then went on to produce numerous music records and cassettes. He was also accompaniment of the main band for the Hakka Folk Song Competition in Zhudong (竹東), Hsinchu city for over ten years.

In the 1970s, he performed with the Zhudong Reservists Hakka Folk Music Troupe (竹東後備軍人客家民謠隊), and in the mid-1990s, he was invited to perform around Taiwan and the United States.

One of the most notable talents he had was the ability to improvise on the spot. He was able to play and sing simultaneously at any given moment, making him the leading light of aspiring Hakka music artists. As a result, he is regarded as one of the important transmitters of Hakka cultural heritage.

Culture Minister Lee pointed out that Hsu's mountain songs were imbued with his personal character, and he specialized and excelled in many different forms of musical styles and instruments. He received the first-ever Hakka Contribution Award in 2007, and, in 2009, he was recognized as a preserver of Hakka traditional performing arts by the Hsinchu City Government, specifically in Hakka mountain songs.

Hsu's lifelong dedication to Hakka cultural affairs, his virtuoso performances and superb techniques have earned him a special place in the collective memory of Hakka people, according to Minister Lee.