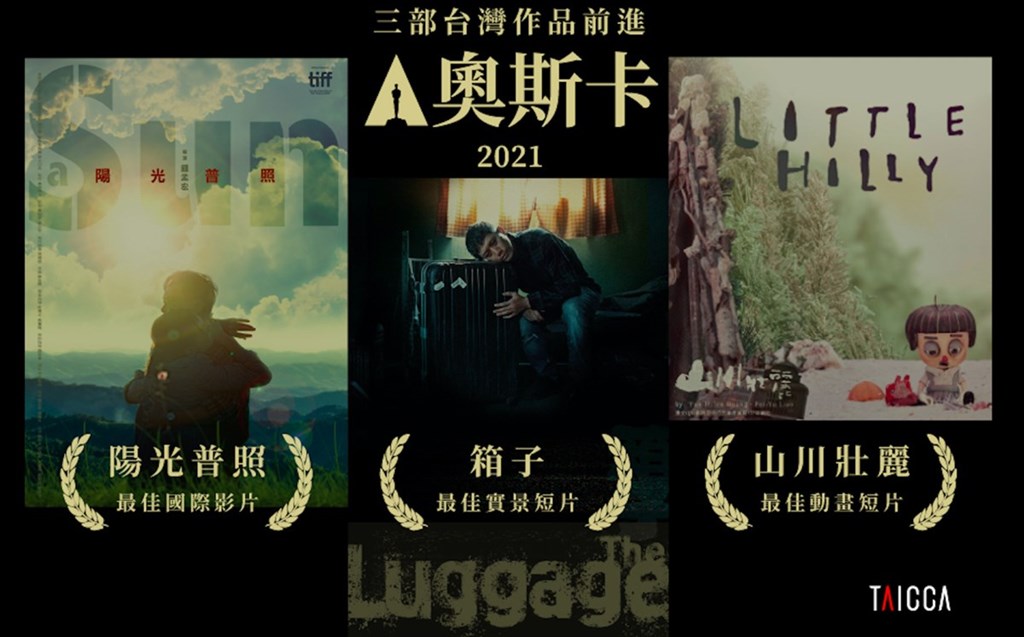 Taking the lead with exciting momentum, three Taiwan films will be contending for nominations at the 93 Academy Awards, including the well-acclaimed "A Sun (陽光普照)" for Best International Feature Film, "The Luggage (箱子)" for Best Live Action Short Film, and "Little Hilly (山川壯麗)" for Best Animated Short Film.

Gearing towards to be contenders for the prestigious Oscars awards, the films had to be highly praised and had a record of prior recognitions. "A Sun," captured six Golden Horse Awards, including Best Feature Film, was selected by the Bureau of Audiovisual and Music (BAMID) under the Ministry of Culture to represent Taiwan’s entry for the Best International Feature Film category.

"The Luggage," a magical realistic short film about a luggage of remorse, escape, and memories carried by the protagonist, played by Golden Horse Best Actor winner Mo Tzu-yi (莫子儀), as he embarks on a journey of destruction. "The Luggage" is written and directed by renowned Golden Bell awarded scriptwriter Tsai Yi-fen (蔡怡芬), who is also the first female director from Taiwan to be awarded at the Sitges Film Festival for Best Fantastic Genre Short Film.

Taiwan Creative Content Agency (TAICCA) has launched an international marketing campaign to promote films representing Taiwan for the Oscars. TAICCA is collaborating with Netflix to promote "A Sun" to be featured on Netflix's dedicated page for all shortlisted films, in addition to a social media campaign directing viewers to the Netflix page.

Additionally, TAICCA has launched a promotional campaign to promote the three films on notable Hollywood publications, including Variety, The Hollywood Reporter, Screen Daily, The Wrap, and more. The promotional campaign also includes social media, email ads, and banner ads on Variety’s website to expand reach to the film community in North America. Film trailers of the three films have also been advertised as YouTube ads in targeted regions to boost exposure.