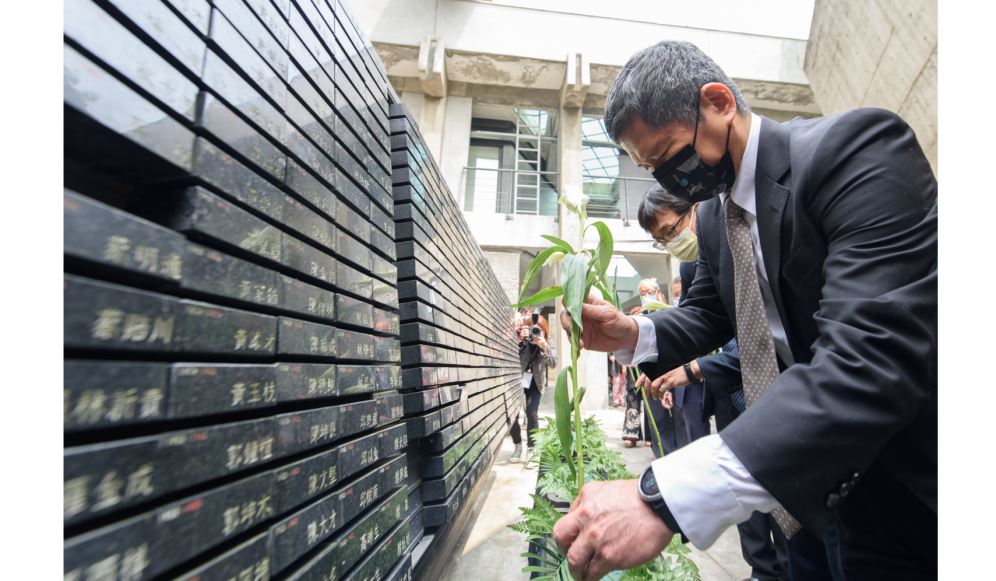 Addressing the memorial event, Minister Lee stated that, in the era of authoritarianism, there were people who had suffered serious violations of their lives and freedom under the state violence. The memorial event not only commemorates all the political victims who have dedicated themselves to this land, and even sacrificed their lives, it also conveys the message that the government will continue to carry out the various transitional justice tasks under the leadership of President Tsai Ing-wen. Other than the continuous research works, the government will also work harder to restore historical truth and clarify responsibilities, he added.

Lee emphasized that a governor, having merits and faults, should never use state force to massacre or suppress people. As the work of implementing transitional justice currently being carried out in Taiwan must continue, it requires more communication among all parties involved, and the Ministry of Culture, the Transitional Justice Commission, and other related agencies have made much effort in this regard, he added.

He pointed out that the Ministry of Culture (MOC) has started the transformation work for National Chiang Kai-shek Memorial Hall, which will be carried out in different phases, including an exhibition of Chiang Kai-shek's archives scheduled for the end of this year. The second phase will be the publication of a revised guidebook, which presents the history in a neutral manner and will allow the public to read about the contemporary history from an objective perspective.