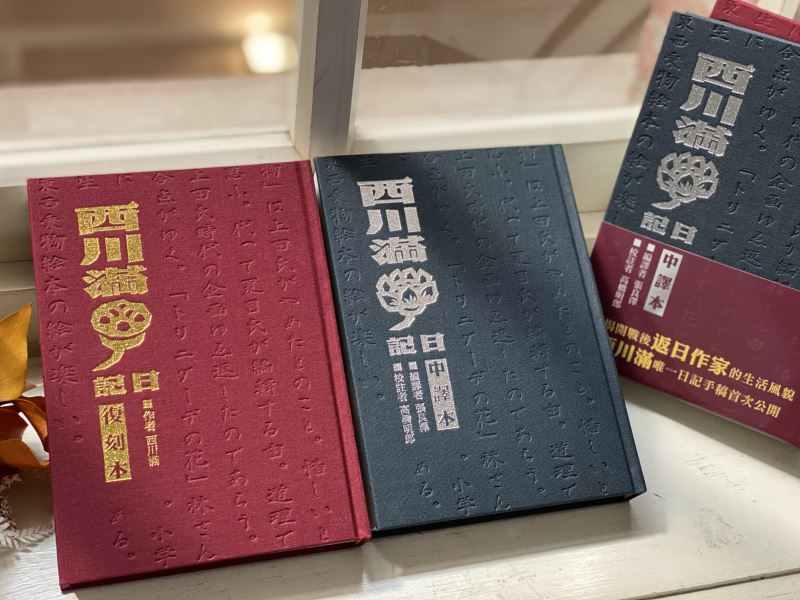 The National Museum of Taiwan Literature (NMTL) is scheduled to hold a book launch on March 31, for the newly published diary of Japanese author Nishikawa Mitsuru (西川滿), who lived in Taiwan during the years of Japanese rule.

Nishikawa Mitsuru was born in Aizuwakamatsu in Fukushima Prefecture, Japan, in 1908. When he was three, his father's assignment led his family to Taiwan, thus, beginning his experience in Taiwan. The customs, landscape, myths and legends became the sources of inspiration in his writings. After the Pacific War ended in 1945, Japan's defeat resulted in the repatriation of Japanese in Taiwan to Japan.

Two years after the war ended, Mitsuru wrote on the last page of his diary, "I came to Taiwan at the age of three, and lived in Taiwan for 36 years," attesting to the emotional attachment he had for Taiwan.

The book set published and on sale is composed of a reprint of the diary and a Chinese translation. The cover was designed by renowned printmaker Hong Fu-tian (洪福田).

To promote literature, NMTL has printed a special commemorative edition of the book set and offers those attending the book launch a preferential price. People purchasing the special commemorative edition at the book launch will enjoy a 30% discount. There will only be a limited number of copies of the special edition and purchases are limited to one set per person.