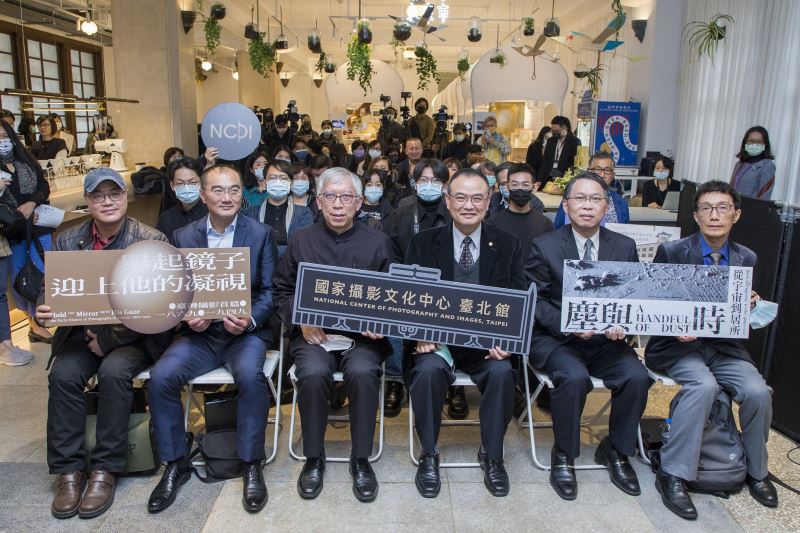 The National Center of Photography and Images (NCPI) in Taipei, after six years of planning and preparation, held an opening press conference on March 25. Deputy Minister of Culture Hsiao Tsung-huang (蕭宗煌) and Director of the National Taiwan Museum of Fine Arts Liang Yung-fei (梁永斐) jointly announced the trial operation in the next few weeks.

Addressing the press conference, Hsiao pointed out that historians learn from historical precedents, and, photographers with their lenses capture historical moments. Photographic works are not only historical records and art, and they serve as medium for the soul, having an important place in contemporary art, he added.

Jhang Cang-song (張蒼松), photographer and an advisory member of the NCPI, indicated that up to 10,000 photographic works were accumulated during the preparatory period. Coupled with the photographic works donated by the Sun Ten Museum, the center's collection has become Taiwan’s cherished cultural assets.

He expressed the hope that the center can cooperate with universities and technical colleges to establish photography-related disciplines and lay a solid foundation for photography education, contributing to the development of photographic art in Taiwan.

Three exhibitions will be available during the trial operation: "Hold the Mirror up to His Gaze: the Early History of Photography in Taiwan (1869-1949) (舉起鏡子迎上他的凝視─台灣攝影首篇 (1869-1949)," documenting the lives of indigenous Taiwanese; "A Handful of Dust: From the Cosmic to the Domestic (塵與時：從宇宙到居所)," an exhibition that has toured six cities across the world exploring the interplay between photography and art; and "Trans-Communication: From Osaka Shosen Kaisha to National Center of Photography and Images (跨‧交‧通)," which details the backstory to the building that is now the NCPI.

Rare works on display include a series of indigenous Taiwanese and nature photos taken by American photographer St Julian Hugh Edwards and Scottish photographer John Thomson in the 19th century.

Curator Lin Hongjohn (林宏璋) pointed out that between 1940 and 1950, photographic studios would use many special techniques, such as multiple exposure, solarization, opaque projectors, and even paint to add colors to photographs, thus leaving us with many uniquely styled images from specific periods.