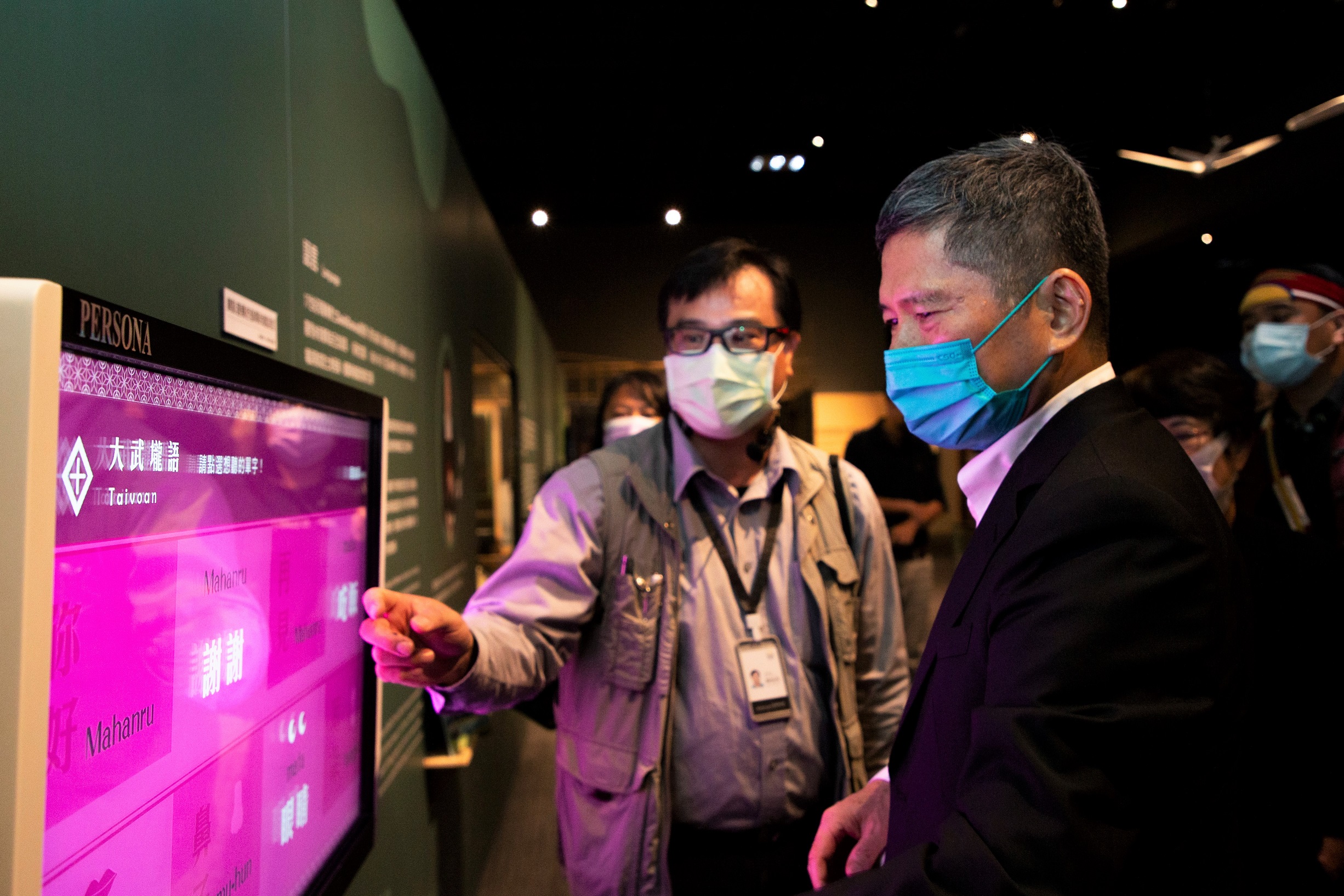 "Joining Hands with the Pingpu Peoples: An Exhibition of the Siraya, the Makatao, and the Taivoan Peoples in the Southern Part of Taiwan (牽手平埔：臺灣南部西拉雅族、馬卡道族、大武壠族文化特展)," an exhibition, showcasing the cooperation between three aboriginal tribes to revitalize tribes' cultural and linguistic heritage, kicked off at the Museum of Archaeology, Tainan Branch of National Museum of Prehistory (NMP) on March 31.

At the opening ceremony, three performing groups were invited to perform. The Onini (a Sirayan word for 'sound') Bamboo Ensemble launched the ceremony with melodious Sirayan tunes. The children of the Tai-shan Elementary School at Gaushu Township performed a cappella featuring ancient ballades of the Makatao tribe. Taivoan Dance Theatre presented Taivoan ballades and ritual performances.

Minister of Culture Lee Yung-te pointed out that, the idea of this exhibition originated from proposal of the Presidential Office Indigenous Historical Justice and Transitional Justice Committee, which is chaired by President Tsai Ing-wen. It is hoped that through the special exhibition, people can have a better understanding about the history and culture of the Pingpu peoples.

Lee added that, diversity of culture is important for the sustainability of human beings and the Earth. He expressed his gratitude to the Pingpu tribes for their efforts in revitalizing their tribal cultures and languages, showing the beauty of their ethnic cultures with confidence, thus creating a diversity of cultures within the contemporary society. He also shared that the Ministry of Culture will continue to provide great support, implement multicultural policy, and work with all sectors of the society to revitalize the precious cultural assets of human society.

"Joining Hands with the Pingpu Peoples: An Exhibition of the Siraya, the Makatao, and the Taivoan Peoples in the Southern Part of Taiwan" will run until May. 30.