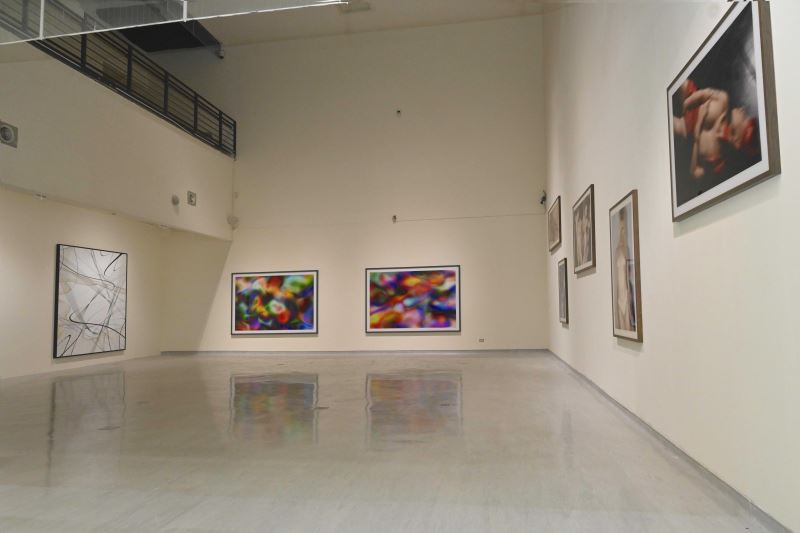 The National Taiwan Museum of Fine Arts (NTMoFA) on March 28 held an opening ceremony for the special exhibition "Thomas Ruff: after.images – WORKS 1989-2020 (影像之後—湯瑪斯．魯夫1989-2020攝影作品展)." The exhibition will be on view until July 4.

In 2019, Thomas Ruff was invited to present his works at NTMoFA's group exhibition "Anxiety of Images (影像焦慮)," and this time the museum is presenting a solo exhibition, featuring his recent works, the "Tableaux Chinois" series, which is on display in Asia for the first time. Ruff's photographic works are considered unique and innovative and reflecting the spirit of the epoch.

Martin Germann, curator of the exhibition, has selected 15 out of the 31 series of artworks created by Ruff since 1979. On display are a total 105 items, including Ruff's most representative works "Other Portraits," "Stars," "negatives," "JPEG," and "Tableaux Chinois."

Over the past three decades, Ruff has delved into the visual expressiveness of different types of photography, including portrait, nude, landscape, and architectural photography.

The premise of Ruff's art is not merely to reflect reality, but also the media's propensity to fabricate and manipulate images. As a result, the photographic techniques used in his works are permeated with strong critique.

The exhibition is divided into five parts: "Working in Series: Tableaux chinois," "Turning Points in the History of Photography," "Astronomy," "Genre," and "Press."

Describing himself as a "traveler in photography," Ruff, in his ceaseless creative pursuit, is constantly seeking to break through the boundary while holding fast his persistence of beauty and subjectivity.

Born in Germany in 1958, Thomas Ruff is one of the most influential contemporary photographers, having redefined the conceptual possibilities of photography, while at the same time capturing and exploring the role of photography as a method and tool for creating visual experience.