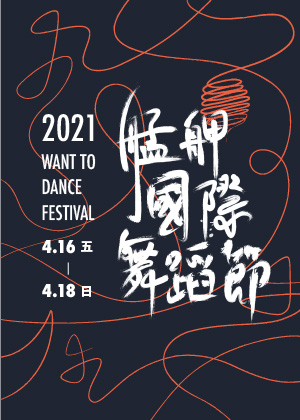 Thirty dance troupes from home and abroad are set to enliven the oldest region of Taipei City, Wanhua district, with their performances simultaneously presented in 6 different venues from Apr. 16 to 18. Aptly-themed "Leap (躍)," the performances will emphasize on the rhythm of dance and at the same time, reflect the circumstances of breaking through the confinement caused by COVID-19 pandemic.

Organized by Shinehouse Theatre (曉劇場) and curated by artistic director Chung Po-yuan (鍾伯淵), "Want to Dance Festival (艋舺國際舞蹈節)" is an annual dance exchange platform based in Southwestern Taipei for choreographers and dance troupes. For the first time, the festival will feature street performances at the Bangka Park (艋舺公園) , which is adjacent to the well-known national historical site - Longshan Temple(龍山寺). The other five venues include Longshan Cultural & Creative Base Shinehouse Theatre, Fashion Institute of Taipei, Sometimes Bookcafe, Sugar Refinery Cultural Park, and a pedestrian bridge named "Huajiang House Overpass."

The open call for this year's festival received close to a hundred of proposals from local and overseas choreographers and dance troupes. However, considering the situation of the ongoing pandemic, the festival will put its main focus on local performance groups this year. A total of 30 emerging performing troupes and choreographers will partake in more than 60 shows, lectures and forums. A Malaysian choreographer and a Hong Kong choreographer will each present a solo, and Chelsea Davis, a choreographer of the SunShier Dance Theatre, will also present her new work at the festival.

Founded in 2006, Shinehouse Theatre is based in Wanhua district, Taipei. Its creations range from reinterpreting classic literature through theatre to documenting the present environment. It hosted "Want to Dance Festival" for the first time in 2019.

For more information on the festival, please visit here.