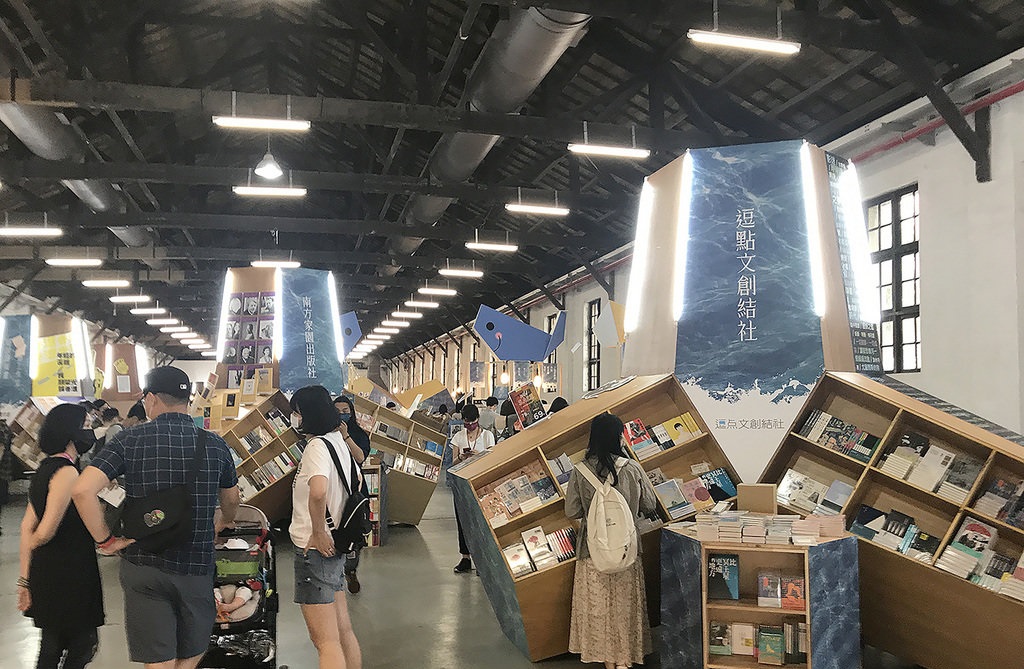 "Keep Calm and Read On (讀字公民書展)," a six-day book fair jointly organized by 40 independent publishers, the Taiwan Association for Independent Bookshop Culture and 28 non-governmental organizations, was held at the Songshan Cultural and Creative Park in Taipei from April 1 through April 6.

To the dismay of book lovers, the spread of corona virus has led to the cancellation of the annual Taipei Book Fair for two consecutive years. Chen Hsia-min (陳夏民), secretary-general of the Indie Publishers Association of Taiwan, stated that he hopes the launch of "Keep Calm and Read On" book fair will spread positive impact to visitors, and people can stay strong amidst the pandemic and "brave the waves."

Among the highlights of the book fair of independent publishers are the designs of the booths and bookcases on site, with installations shaped like wave-breaking structures along shoreline, symbolizing the spirit of braving the waves in stormy weather.

During the book fair, more than 50 events, including forums and book-signings were held, and a special zone was set up for visitors to experience virtual reality (VR), which showed a documentary "My Syrian Neighbors" presented by the Homeward Publishing. At the forums, publishers shared their concepts behind choosing the books and their management philosophies.

The Independent Publishers Association of Taiwan was established in 2015, focusing on promoting the culture of independent publishing and reading, trying to create more communications between independent publishers and also evoking more pleasure of reading among readers, as well as providing greater diversity for publishing business in Taiwan.