NHRM holds exhibition on film censorship in Taiwan's authoritarian past 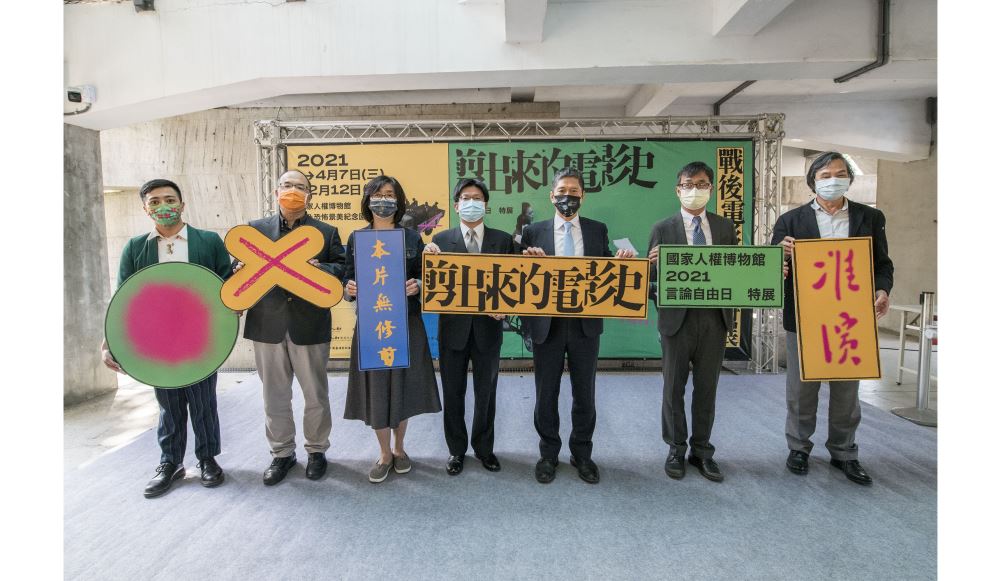 The National Human Rights Museum (NHRM) in Taipei presents a special exhibition, titled "Cinema and Censorship in Authoritarian Taiwan," to reflect the dismal state of freedom of speech and expression during authoritarian rule through the display of censored films. Launched on April 7 to mark Freedom of Speech Day, the exhibition will run until Dec. 12.

Minister of Culture Lee Yung-te stated that the government designated April 7 Freedom of Speech Day to commemorate the death of pro-democracy activist Cheng Nan-jung (鄭南榕). On April 7, 1989, when the police attempted to break into his office in order to arrest him, Cheng set fire to his office and died in the blaze.

"Freedom of speech did not fall from the sky, and it is achieved as a result of the efforts and sacrifices of many," Lee said.

"The biggest divide between Taiwan and China in the future is freedom and non-freedom. China's current approach to film censorship may be more stringent than the censorship in Taiwan in the past when the Kuomintang was in power. This exhibition is very meaningful, and I hope that everyone will cherish our hard-fought freedom of speech," Lee said.

A black camera is the main visual component in the exhibition hall, accompanied by installations like ballot boxes containing materials related to film censorship, such as censored segments of the "Connection by Fate (超級市民)" by director Wan Jen (萬仁) and documents . The "Connection by Fate" of the 1980s was edited by the censorship authorities before distribution and showing were allowed, because of the ironic tone in describing the misfortunes of those in the lower strata of society. After its release abroad in 1985, the government once again halted its distribution and later gave its permission after 17 more scenes were cut.

The exhibition also points to the history of Golden Horse Awards (金馬獎), which only gained artistic independence in its film selection process until after the 1990s.

Curator Su Chih-heng (蘇致亨) indicated that nowadays, White Terror-themed film such as "Detention (返校)" and some uncensored films by Malaysian directors which cannot be distributed in their own country are able to find their place in Taiwan.

The special exhibition allows us to revisit this unfree period of history, and reflect on the impact of the injustice found in an authoritarian approach to cultural expression, Su said.