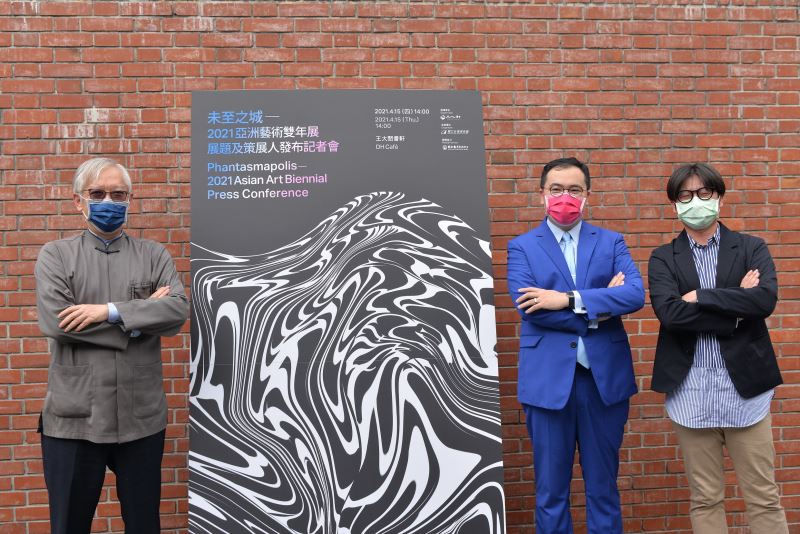 Addressing the Art Biennial press conference on April 15, Nobuo explained the meaning of this year’s theme. Through the theme, he hopes to explore the future possibilities of Asia and pay tribute to Wang, who is the author of the English science fiction "Phantasmagoria" and has been regarded as one of the pioneers of modern architecture in Taiwan.

Nobuo added, the title of the exhibition "Phantasmapolis" is a portmanteau formed by combining two Greek words "Phantasma" and "polis," which mean "apparition" and "city" respectively. With the city as a framework, the theme investigates the idea of "Asian Futurism" as well as the historical context of how sci-fi topics and materials have been utilized and represented in Asian modern and contemporary art.

Convening a multi-national, interdisciplinary curatorial team, Nobuo will work with curators from various countries, including Taiwan, the Philippines, India and Thailand, to consider the possibility of cross-border cooperation amidst the current pandemic. This year, about 40 groups of artists from Asia are expected to participate in the Art Biennial.

NTMoFA Director Liang Yung-fei (梁永斐) pointed out that the biennial event invites Nobuo to serve as the curator, in hopes to leverage on his cultural research experiences and perspectives of the non-Western regions such as Asia, Africa and Latin America.