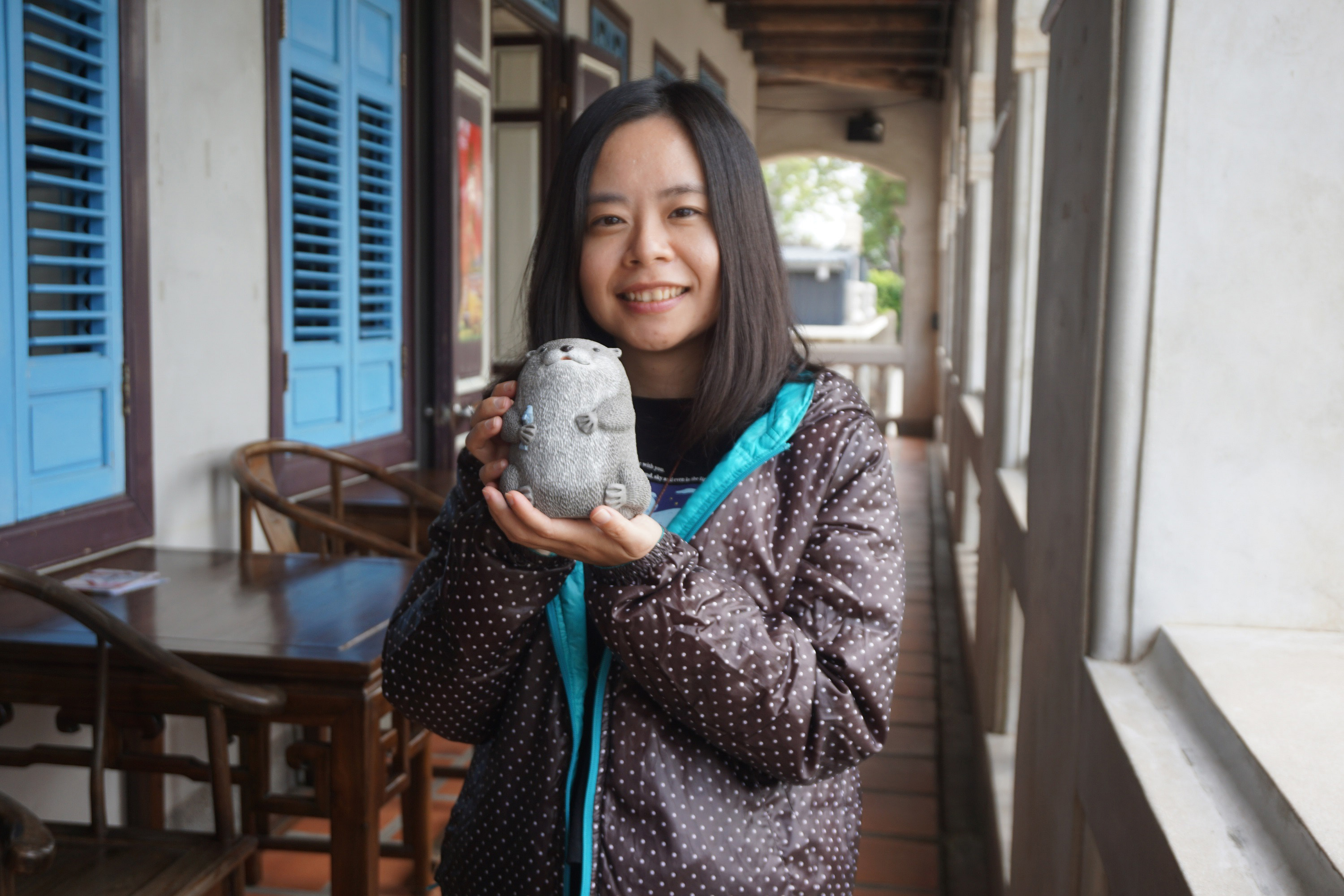 The Cultural Affairs Bureau of Kinmen County and the Jinhu Township Administration have co-organized a series of events to commemorate the centennial of the Chen Jing-lan Western-style House (陳景蘭洋樓) in Kinmen. An exhibition of ceramic animal figurines by artist-in-residence Chen Wei-chu (陳韋竹) and students of Jin-sha Junior High School (金沙國中) opened on April 17, marking the beginning of the commemorative cultural events.

The Cultural Affairs Bureau of Kinmen County pointed out that artist-in-residence Chen Wei-chu received a master’s degree in ceramics from the National Taiwan University of Arts, and her works were selected for the Taiwan Ceramics Biennale and the Second New Taipei City Ceramics Awards, and awarded at the Seventh Taiwan Golden Ceramics Awards.

The 33-year-old Chen has been an artist-in-residence in Japan and Finland prior to her stay in Kinmen. Saying that she has fallen in love with the rich natural landscape and ecology of Kinmen, Chen has particular interest in the many cute animals there and would like to embody her imagination through ceramic art.
Chen has created ceramic figurines of Eurasian otter, Indo-Pacific humpback dolphin, and the Daurian redstart. Among them, the Eurasian otter is her favorite, as she found the process of fashioning the ceramic figurine was very therapeutic. She also likes the statue of shisha (wind lion god), the guardian angel in Kinmen, and the local deity has become a motif of her creation.

Chen’s residence is close to the coast where the natural nightly phenomenon known as "blue tears" occurs, and the nighttime phenomenon of mysterious sparkling blue light along the shore of Kinmen gave her inspiration to come up with unique ceramic sculptures of little creatures with blue tears.

Mayor Chen noted that the the exhibition presents the ecological features of Kinmen, which Chen Jing-lan (陳景蘭) had witnessed on his trip back from abroad to his hometown decades ago.

Chen Jing-lan, born in 1881 in Kinmen, went to Singapore in 1902 and built up his successful business there. He returned to Kinmen in 1917 and built the western-style mansion which was completed in 1921. The house became a monumental building on the island.

Mayor Chen pointed out that the ceramic workshop hosted by Chen Wei-chu is aimed at providing the students of Jin-sha Junior High School an opportunity to experience the fun of producing art pieces with their own creativities.

With animals as the motifs of creation, the workshop allows the participants to experience the joy of creating ceramic art, and at the same time, to relate themselves with the local wildlife and surrounding habitat, he added.

The Cultural Affairs Bureau of Kinmen County announced that starting April 24, comic artworks by another artist-in-residence Lei Qing-ya (雷晴雅) will also be shown at the Chen Jing-lan Western-style House. Lei has cooperated with the local community to create paintings depicting local legends. The exhibition will last until May 8.