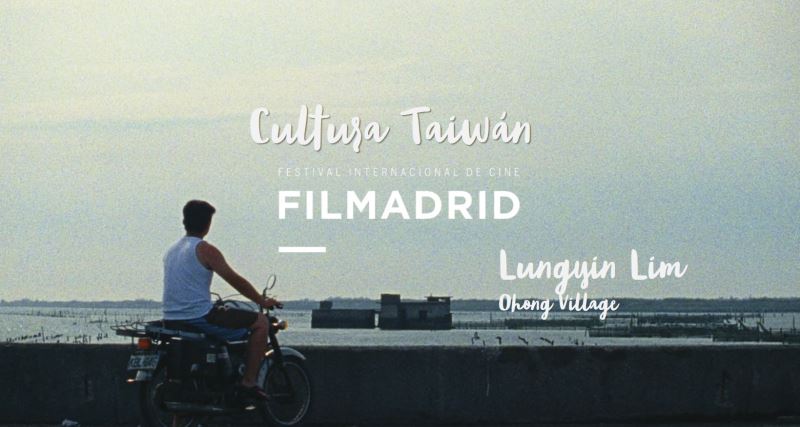 Under the support of the Taipei Economic and Cultural Office in Spain, Taiwanese director Lim Lung-yin (林龍吟) will screen his first feature film "Ohong Village (蚵豐村)" at Cine Doré at the FILMADRID International Film Festival on June 12.

Rising director Lim Lung-yin graduated from Film and TV School of the Academy of Performing Arts in Prague (FAMU) in the Czech Republic. His works have been selected for the short film category at the Cannes Film Festival in France, the Williamsburg International Film Festival in New York, and other international film festivals. He also won the Cipputi Award for “Ohong Village” at the Torino Film Festival.

Setting the record as the first Taiwanese film shortlisted at FILMADRID, "Ohong Village" explores the generational conflicts and transformations faced by young people in a coastal fishing village in southwest Taiwan sought employment away from home, yet returned with disappointment.

The director hopes to re-examine the relationship between people and the environment under the changing times through a film which reflects the characteristics of Taiwan’s immigrant society. The whole film was deliberately shot with a 16mm film gauge to create a rough retro effect.

In addition to presenting the scenery of the coastal fish farms, the film also shows Taiwan’s unique traditional folk customs such as the local King Boat Festival and planchette writing.

The five-day film festival is expected to screen 45 films from 16 countries. In addition to "Ombay Village," the festival will also screen director Hou Hsiao-hsien (侯孝賢) classic film "Dust In The Wind (戀戀風塵)."