Inaugural Matsu Biennial aims to brew the future through education, architecture, and design 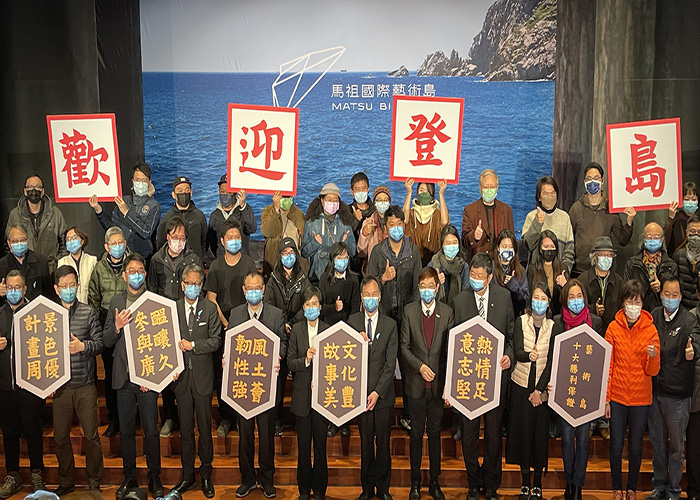 The inaugural Matsu Biennial, featuring 39 artworks and eight projects centered around the theme of "Island Brew(島嶼釀)" kicked off on Feb. 12 and will run until Apr. 10.

Addressing the ceremony, Deputy Chairwoman of the General Association of Chinese Culture Cheng Li-chiun (鄭麗君) said the association aimed to help the rest of the country see the cultural richness of the Matsu, and also hope to attract people from all walks of life to participate in the festival.

The Matsu Biennial, proposed as a strategy for the island's regeneration, will be held in four villages across the five islands of Matsu. According to the festival, the Matsu Biennial is set out to be a ten-year project which aims to document the transformation of the islands. By holding five Biennials over the course of ten years, it aims to promote public discussion and create the potential for initiatives that could make Matsu an island of sustainability.

All of the art installations were created locally among 41 creative teams. The themes of projects include "Underground Matters," "Returning to the Island," "Listening the Voices of the Island," "Ecology and Habitat of Islands," "The Tower of Winds," "Islands in Evolution," "Highlights of Contemporary Architecture in Matsu," and "Translating and Regenerating the Military Heritage in Matsu."