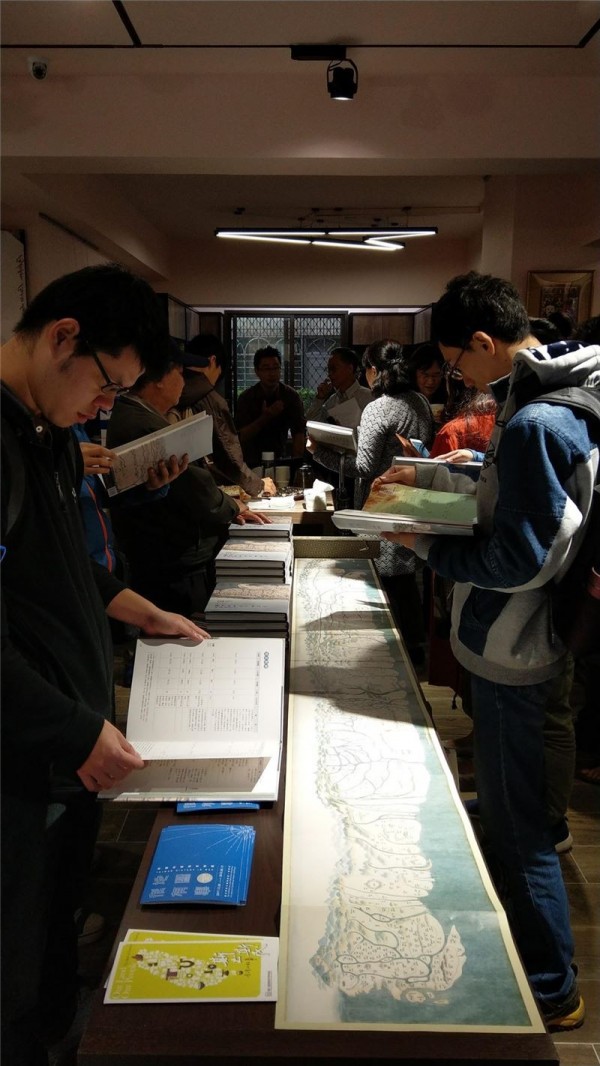 "Commentary on a Demarcation Map of Taiwan at the end of 18th Century (十八世紀末御製臺灣原漢界址圖解說),” a book on demarcation zones in Taiwan during the imperial Qing dynasty, was released in Tainan City on Dec. 2.

Published by the Tainan-based National Museum of Taiwan History (NMTH) in collaboration with SMS Publishing Inc., the book covers research results on a demarcation map of Taiwan created by cartographers commissioned by Qing emperors at the end of 18th century.

This map is one of the six maps of its kind remaining in the world, with the remaining five preserved by museums and institutions in China, England, and Russia. Before it entered the NMTH collection, this map belonged to the late scholar and painter Hou Chin-lang (侯錦郎) and his family.

Each map took three to five years to complete after lengthy surveys and illustrations detailing the demarcated areas of aboriginal people and Han people in Taiwan during the Qing dynasty. Unlike the other five maps, this particular map, which has a length of 404.5cm and width of 49.2cm, is exquisitely made with neat handwriting and detailed place names.

As the map is a valuable historical document for studying geography, interaction among ethnic groups, immigration and land reclamation, as well as the administrative and military systems of Qing dynasty, a research team formed by professor Chou Wan-yao (周婉窈) of the Department of History of the National Taiwan University and led by professor Yap Ko-hua (葉高華) of the National Sun Yat-sen University launched a two-year research program to understand the context of the map.

Based on their research results, the book will offer cultural and topographical information about the Qing-era map, and present a modern map featuring landmarks and locations from the original map via geographic information systems.

The valuable map documenting Taiwan from 200 years ago will also be displayed for the first time at the "Taiwan History in Maps” exhibition held by NMTH from Dec. 9 through Aug. 12, 2018.