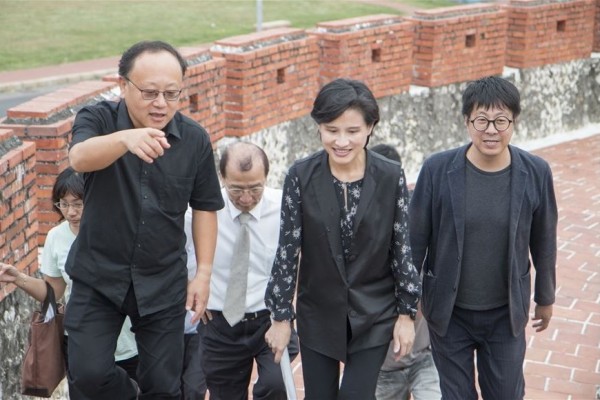 The initiative seeks to combine the management of tangible cultural assets with the preservation of intangible cultural heritage to drive urban and rural development; integrate local culture, history, and technology; and reignite people’s connections to their land via historic memories.

Minister Cheng noted that the Reconstruction project has three key points. First, to deepen localization from a historical and cultural context; second, to reconstruct regions and communities by integrating urban management; and third, to recreate historical scenes connecting modern life with memories of earlier times.

The project is not just a government policy, but a national movement that invites members of the Taiwanese public as well as rural and urban communities to create more cultural landscapes in collaboration, added Cheng.

Through the opportunity offered by the Reconstruction project, Kaohsiung City proposed transforming Kaohsiung from an industrial city to a city of history and strengthening residents’ appreciation and understanding of local culture by delving into collective memories of the past.

The Old City of Fengshan County (鳳山縣舊城) is a historical site that preserves the most intact city walls that stands in Taiwan today. The gates, walls, and moat all demonstrate that Kaohsiung used to be an important base for culture, politics, education, and civil society during the Qing dynasty.

The Zuoying Old City Plan aims to help local residents find a sense of belonging and identification with Kaohsiung through the reconstruction of history. It will draw up five proposals regarding the old eastern, southern, western, and northern gates to reconstruct Taiwan’s first stone fortress.

Connecting the area from Guishan Mountain to Lotus Pond, the Zuoying Old City Plan will recreate the cultural landscapes of the old city and present the history and contemporary values of the historical site through cultural applications of modern technology.

Hamasen, on the other hand, is Taiwan’s first historic urban area reclaimed from the sea. The area also marks the beginning of Kaohsiung’s urbanization as it offered modern conveniences such as Kaohsiung’s first modern market, pier, railway, and train station.

Today, Hamasen is still home to unique streets and rich cultural assets. The Hamasen Program will bring back the historical scenes of its golden era by combining mountain, pier, railway, and city landscapes.