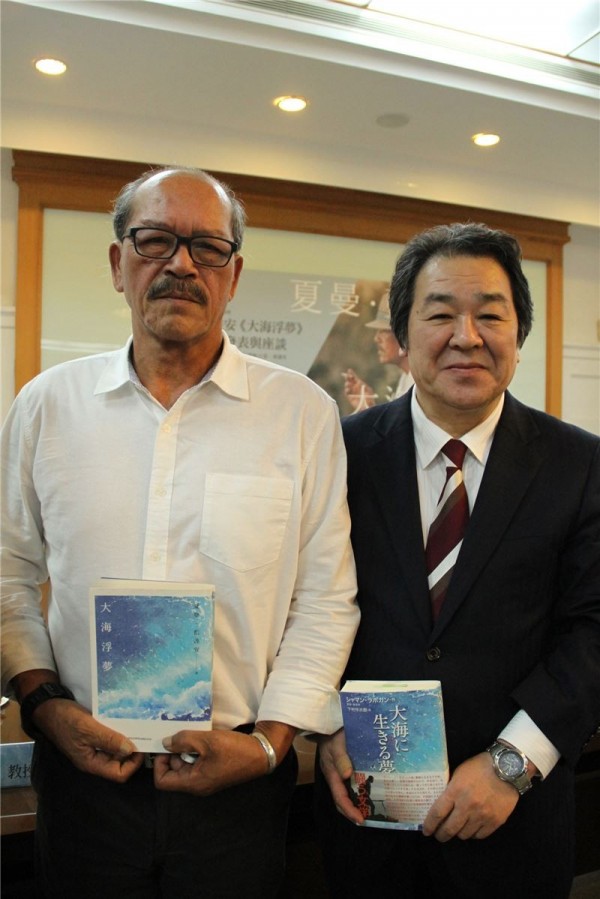 Syaman Rapongan, a prolific author from the Tao (Yami) aboriginal tribe, released the Japanese edition of his 2014 autobiographical novel "Drifting Dreams on the Ocean (大海浮夢)” on Oct. 31, marking his status as one of the most-translated indigenous writers from contemporary Taiwan.

Syaman Rapongan, 60, was born and raised on Orchid Island, a small island off the southeastern Taiwan coast. Although he was the first Tao student to be accepted by a public university without using his minority credits, returning to the island in his 30s was a challenge that included re-learning the traditional way of life of his people.

Amid the 1980s aboriginal rights movement in Taiwan, the self-proclaimed subaqueous loner resolved to write about the ocean and the traditional world of the Tao, which currently numbers less than 4,000 members today. "Drifting Dreams on the Ocean” in particular, details his sailing adventures to places like the Cook Islands, Fiji, Papua, and Taihiti on a traditional Tao canoe known as the tatala.

Speaking at the book launch in Tainan on Oct. 31, the author noted that every person is an ocean full of drifting dreams, and that answers can only be sought by overcoming barriers and exploring the outside world. He cited his own childhood dream of becoming a navigator and sailing out to the South Pacific Ocean - a feat that was finally realized in 2005.

"Drifting Dreams on the Ocean,” translated by Professor Shimomura Sakujiro (下村作次郎), is the fifth book by Syaman Rapongan to be released in Japanese, following "Black Wings (黑色的翅膀)” in 2003, "Birth of a Fisherman (漁夫的誕生)” in 2009, and 'Deep Love for Cold Sea (冷海情深)” and "Eye of the Skies (天空的眼睛)” in 2014.

The foreign translations were made by possible by a grant program offered by the National Museum of Taiwan Literature, which aims to introduce Taiwanese literature to foreign readership. The program currently works in nine languages apart from Japanese - namely Czech, Dutch, English, French, German, Korean, Mongolian, Russian, and Swedish.

More information on the celebrated Tao writer can be found here.