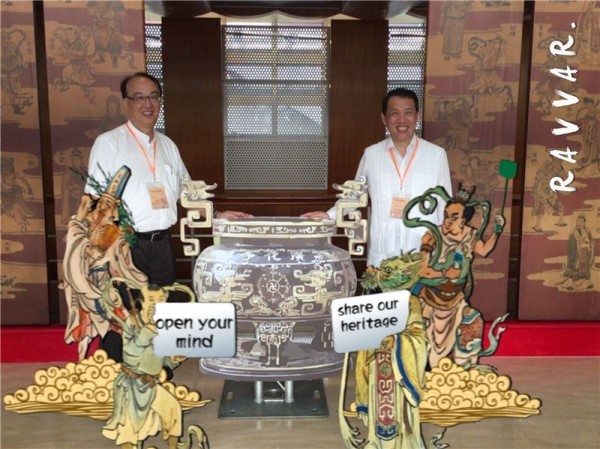 In response to European Heritage Day and to promote the recreation of historical scenes, the Bureau of Cultural Heritage held Taiwan's National Heritage Day celebrations - titled "Open Your Mind, Share Our Heritage” - on Sept. 16.

This year, the Bureau offered a series of cultural events curated with the theme "Ecology. Technology. Sustainability - Safeguarding Our Beautiful Island,” which highlighted how the combination of technology and culture transcends time and space.

It also promoted the soft power of historical scene recreation that the Ministry of Culture is currently pushing for. Through public participation, the Ministry hopes to create and share new values derived from cultural assets with the public, and make cultural heritage an advantage to economic development and urban construction.

The event series kicked off in the southern city of Tainan, which preserves the greatest number of heritage sites in Taiwan, connecting cities and counties across Taiwan to celebrate National Heritage Day.

Held at the Tainan-based National Center for Cultural Heritage with a fusion performance of the parade of eight generals with virtual imagery projection on Sept. 16, the ceremony presented historical buildings through projection mapping technology to mark the significance of these buildings.

Deputy Culture Minister Dr. Tzu-pao Yang (楊子葆) noted that the events this year not only highlighted the connection between cultural assets and the natural environment, but also presented the spirit of recreating historical scenes.

Special exhibitions, forums, and cultural tours were held during the two-day national event. The tours, for example, made several historical sites currently under repair available to the public, allowing participants to learn more about how the Ministry of Culture safeguards Taiwan's cultural assets.

A tour recreating historical scenery was also held at the revered site of Wushantou Reservoir on Sept. 17. It enabled participants to gain a deeper understanding of the late Japanese engineer Yoichi Hatta (八田與一), who designed and led Taiwanese and Japanese teams in constructing the first grand-scale reservoir of Taiwan. Even today, Wushantou Reservoir continues to play an important role in irrigating Taiwan's agriculture.

The National Heritage Day exhibitions, forums, and tours received visitors from cities and towns all across Taiwan, reflecting the public's growing willingness to participate in cultural events and heritage preservation.