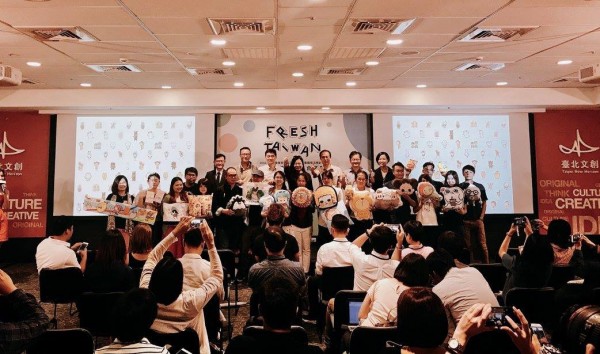 To promote licensing agreements and trade practices, assist artists and brands enter overseas markets, and draw local corporate attention to the young brands of Taiwan, the Ministry initiated the "Image Licensing” project to select outstanding Taiwan brands to participate in major licensing fairs in Asia under the banner Fresh Taiwan.

Since last October, 17 Taiwan companies with 26 brands had participated in trade fairs such as the 2016 China Licensing Expo, the 2017 Hong Kong International Licensing Show, and the 2017 Licensing Expo Japan, where over NT$460 million were made in licensing fees under the guidance of professional consultants.

In addition, Taiwan brands that have finalized licensing deals with Japan's Marui Group will be invited to promote licensed products in Japan.

The Ministry concluded that the project has helped establish Taiwan brands in overseas markets as well as introduce Taiwan's cultural values to the world.

Representatives from domestic industries such as food, retail, jewelry, electronics, and transportation were invited to the Sept. 14 conference in hopes of prompting collaborative opportunities and establishing a solid network for developing international image licensing.