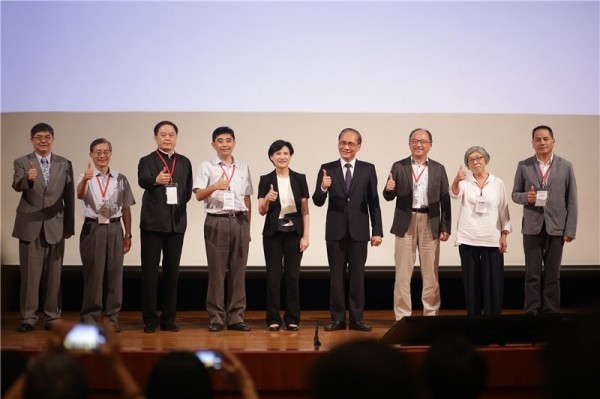 The Ministry of Culture held the second day of the National Cultural Congress at the Civil Service Development Institute on Sept. 3, in which Minister Cheng Li-chiun responded to the discussed issues by pledging new or updated policies.

Following the end of the Cultural Governance forum and the Culture Basic Law forum, Minister Cheng offered a formal statement on the six main cultural issues discussed in the two-day congress at the closing ceremony.

The core value of cultural democracy is to develop culture naturally from the grassroots level. Under this framework, the government is responsible for constructing a sufficient support system and public infrastructure to enable every citizen to cultivate culture and practice their creativities to achieve cultural equality.

In the future, the government’s support system for cultural policies will be constructed with more diverse approaches. First of all, it will deepen the foundation of history, education, and local uniqueness; second, it will also revive cultural ecology through promoting artistic and cultural development and creative clusters; it will then actively connect Taiwan culture with international communities to establish Taiwan’s cultural brand on a global scale, stressed Minister Cheng.

The Minister promised that the public response to the discussed issues today will be added to the White Paper on Cultural Affairs, and the Ministry will cooperate with local governments and private sectors to implement the policies, and convene a National Cultural Heritage Congress within a year.

Minister Cheng then thanked Premier Lin Chuan (林全) for his support in the Ministry’s planning for cultural development.

In the closing ceremony, Premier Lin lauded the National Cultural Congress for its realization of civil rights, and thanked those who participated in the public forums held across Taiwan since this March. Lin noted that the Executive Yuan has established cultural meetings to support the Ministry’s solicitation of collaboration opportunities with other sectors.

Lin concluded that all those who care about culture could assist with developing Taiwan’s culture and introducing it to the world.

The Ministry noted that the advice offered by the forum participants will be carefully evaluated, and a newly revised edition of the Culture Basic Law will soon be released.