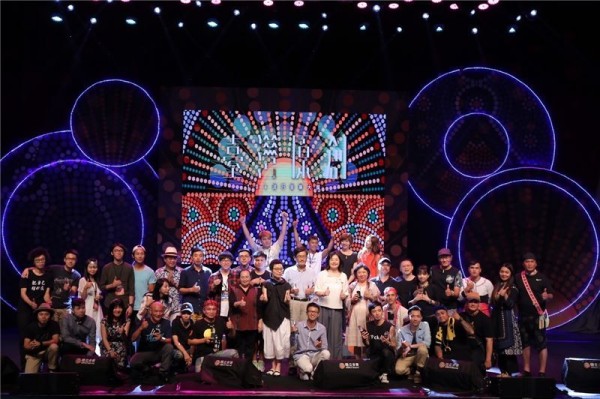 The final round of the 2017 Taiwan Composition and Songwriting Contest took place at Taipei-based CPC Corporation on Aug. 26.

A total of 30 finalists performing in the Hokkien language, Hakka language, and aboriginal languages competed for the top award and cash prize of NT$300,000 for each category with stunning live performances.

Now in its 14th edition, the Taiwan Composition and Songwriting Contest is co-hosted by the Ministry of Culture, the Council of Indigenous Peoples, and Hakka Affairs Council. It is Taiwan's most iconic stage for mother-tongue music and has cultivated many original artists.

The contest finale was opened with a performance by Quarterback (四分衛樂團), an Taiwanese indie rock band that had been nominated by the Golden Melody Awards for best music band for three times.

Following the contest, a concert was presented by the 30 finalists as well as winners of last year's contest - including Hsu Ming-chieh (許明傑), Yeh Yu-ting (葉鈺渟), and Shan Hay (高偉勛) - to perform original songs in their mother tongues and express their love toward the land of Taiwan.

An outdoor music concert will be held at 7pm on Sept. 30 at Chianti Avenue Plaza in Taipei to introduce original pop music to more audiences and encourage more young musicians to create pop music with their mother tongues.