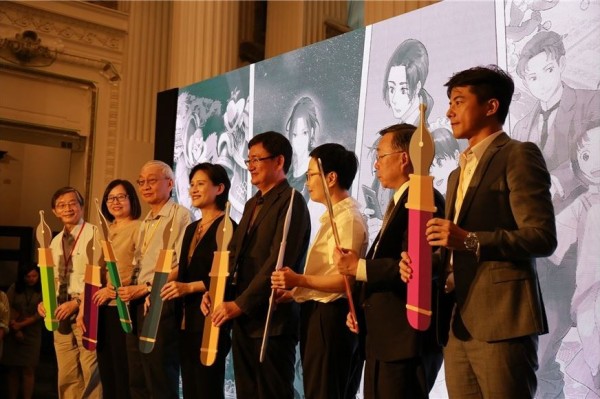 The Creative Comic Collection (CCC) - an iconic magazine featuring comics by local artists that take inspiration from Taiwan's history, culture, and nature - will make its return at the end of this year.

Culture Minister Cheng Li-chiun, who announced the magazine's comeback at a press conference at the National Taiwan Museum on Aug. 17, noted that CCC was the first magazine of its kind as it drew upon the resources of Taiwan Digital Archives to produce Taiwanese comics.

Launched in 2009, CCC had gained a great number of readers and discovered a couple of local up-and-coming comic artists. However, the magazine ceased to circulate in 2015 due to lack of funds.

In cooperation with the Academia Sinica Center for Digital Cultures, the Ministry of Culture will relaunch CCC with new features to prompt interdisciplinary collaboration between comics and technology and strengthen trade in licensing and copyrights.

In addition to continuing using history, culture, and ecology resources from the digital archive, the new edition will be published monthly instead of quarterly to promote Taiwan's original works. Creative Comic Collection is expected to nurture new creative talent and boost demand for local comics.

The exhibition will offer an immersive experience, recreating scenes from the featured comics by combining AR, GPS, motion tracking, depth perception, and area-learning technology. The blurring boundaries between reality and virtual reality are the results of the interdisciplinary collaboration among culture, comics, and technology.

Moreover, five historical buildings that had been demolished in Taipei will be brought to life again through 3D hologram projection and mobile apps. The personified historical buildings will tell their own stories for visitors to learn about the ever-changing visage of Taiwan's capital city.