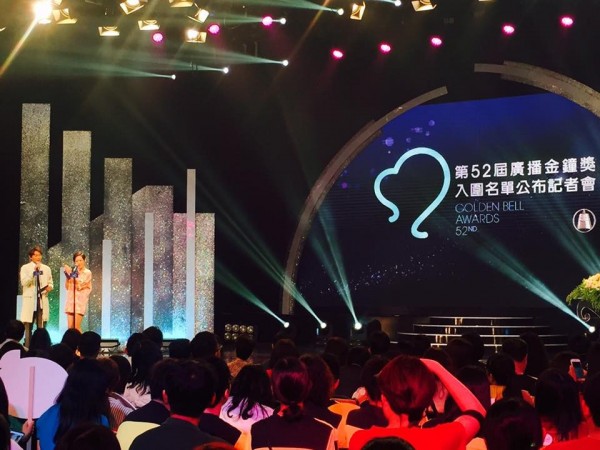 The Bureau of Audiovisual and Music Industry Development announced the nominees and the Special Contribution Award recipient of the 52nd Golden Bell Awards for Broadcasting on Aug. 16.

This year, the Bureau launched its first ever online Golden Bell Awards submission system. Ease of submission may have helped the 52nd edition receive more entries than last year, with a total of 68 broadcasting companies and 758 works vying for the shortlist this year.

After two months of reviewing, evaluating, and discussing, the jury headed by Lin Fu-yueh (林福岳) selected 122 works out of 758 submissions to compete for 26 awards.

The special award category, per last year, is reviewed by another separate jury. Led by Zhao Jing-juan (趙鏡涓) this year, they chose veteran broadcaster Tao Hsiao-qing (陶曉清) as the winner of this year's Special Contribution Award.

Born in 1946, Tao started her career as a broadcaster at the Taipei-based Broadcasting Corporation of China in 1965. In the 1970s, Tao spearheaded the Taiwanese folk song movement by opening a new show at the Broadcasting Corporation of China to introduce original folk songs by young Taiwanese artists. Her influential role in the development of Taiwan's pop music scene gave rise to the moniker "Mother of Taiwan Folk Music.”

The Aug. 16 press conference was joined by representatives from nationwide broadcasting stations, and the announcements were broadcast live on SETN.com, Vidol, YouTube, Golden Bell Awards' Facebook page, and Asia Fm.

The awards ceremony is scheduled for 7pm at the National Dr. Sun Yat-sen Memorial Hall on Sept. 23. Live broadcast will be available on SET Metro, and SET channels on MOD.

Live streaming will also be available on Vidol, SETN.com, and YouTube for overseas audiences. Radio audiences could listen to the live broadcast over Asia Fm as well.