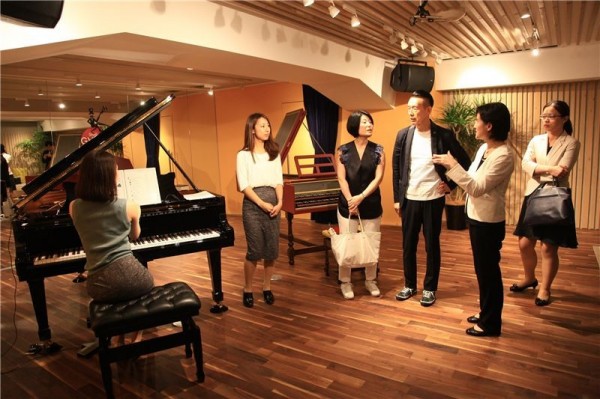 Culture Minister Cheng Li-chiun (鄭麗君) embarked on a three-day visit to Japan from Aug. 1 to 3. Below is a brief overview of her itinerary in Japan.

The East Japan Railway Company donated two railway passenger cars from its 583 series - better known as "The World's First Sleeper EMU” - to the National Taiwan Museum at an Aug. 1 ceremony held at the Railway Museum in Saitama, Japan. The sleepers will greet the public once the Taipei Railway Workshop reopens as Taiwan's National Railway Museum.

Culture Minister Cheng Li-chiun, who flew to Japan to attend the ceremony, noted that Taiwan and Japan are neighbors who share a close-knitted railway history, including the employment of same railway gauges.

Taiwan has over a hundred railway-related cultural landscapes and sites today, and the island's 130-year-old train history will be fully preserved by two upcoming museums - the Taipei Railway Workshop and the Railway Division of Taiwan Governor-General's Bureau of Transportation … (read more)

The Culture Minister visited Warehouse Terrada in Tokyo on Aug. 1 to express her gratitude to warehouse CEO Yoshihisa Nakano (中野善壽) for the pro bono restoration of the classic 1969 Taiwanese drama "Goodbye, Taipei (再見台北).”

Directed by Hsu Feng-chung (許峰鐘), "Goodbye, Taipei” offers a bounty, kidnapping, and a popular Taiwanese soundtrack. On behalf of the Taiwan Film Institute, Minister Cheng thanked Warehouse Terrada for repairing the 1969 film last year. She also extended her gratitude to Nakano, who is currently an international advisor to the Ministry of Culture, for introducing Taiwan artists to Japan through the "My Collection” exhibition at Terrada last March.

The Minister noted that although Warehouse Terrada is a private enterprise, it has established a complete and sustainable cultural ecosystem, from repairing and digitizing films to organizing exhibitions and promoting derivative applications of its film assets. She noted that such a business model will prove to be a valuable study for the Taiwan Film Institute, National Photography Center, National Memories Database, and other similar programs spearheaded by the Ministry of Culture.

The Culture Minister also made arrangements to see the largest exhibition of Southeast Asian contemporary art held in Japan on her last day of visit. She was cordially greeted by the directors of the National Art Center, Tokyo and Mori Art Museum.

To mark the 50th anniversary of the founding of the Association of Southeast Asian Nations (ASEAN), Tokyo's National Art Center, Mori Art Museum, and Japan Foundation Asia Center have jointly staged "Sunshower: Contemporary Art from Southeast Asia 1980s to Now.” The Minister noted that the fact that the exhibition was jointly held by two of Japan's most renowned museums shows that Japan pays close attention to Southeast Asian affairs.

Minister Cheng added that as the New Southbound Policy is a cornerstone of Taiwan's national policies, such art exchanges could enhance bilateral ties through the introduction of Southeast Asia's history, beliefs, and customs to Taiwan museumgoers.