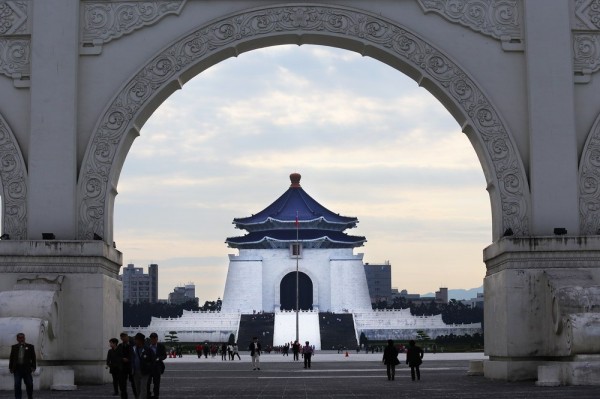 Located in central Taipei, the National Chiang Kai-shek Memorial Hall was originally constructed to commemorate an authoritarian regime. During Taiwan's fight for democratization, it also served as a major venue for rallies and assemblies.

Today, the Memorial Hall has mainly been utilized as a public venue for recreational activities. However, relics from that authoritarian era still trigger conflicts in society due to divergent historical memories.

Minister Cheng stressed that it is necessary to transform the Memorial Hall by championing the common values of a democratic society - freedom, democracy, and human rights. Society will achieve reconciliation only by recognizing historic truths and preventing state-sponsored violence, as transitional justice is also about determining what kind of future we want for our nation.

An advisory group including fourteen experts in the fields of human rights, history, art and literature, law, urban planning, public administration, and psychology has been established to oversee the transformation project, which will be implemented in two phases - civic discussion and legal proceedings.

The civic discussion initiative will facilitate public reflection over the transformation of the Memorial Hall, and further cohere social consensus through the provision of open information and a variety of discussion channels.

The digital platform will be launched in September to provide historical materials about the Memorial Hall and the persecution of human rights during authoritarian rule, as well as information on the transformation of other authoritarian sites at home and abroad. Such provision of information will help the public discuss transitional justice in respect to historic scars.

Since over sixty percent of the Memorial Hall's space is presently used for culture and arts, the Ministry of Culture plans to also promote social discourse through diversified participatory art projects.

An exhibition featuring the Memorial Hall's transformation will be held in December, in which artists will be invited to design a wide range of participatory mechanisms to inspire different perspectives by combining creative thinking with public participation.

Forums and theater plays will also be held alongside the exhibition to help the public re-orientate their perception of the Memorial Hall and the city itself based on historical truths and future aspirations.

The Ministry will also organize four workshops and one civic conference to provide the public with a platform for discussion. The workshops will serve as a channel for members of society and private groups to propose feasible transformation ideas, which will in turn be deliberated upon by the civic conference.

The participants of the civic conference, which will encompass a two-day preparatory meeting and a three-day formal discussion, will also include citizens of different socio-economic backgrounds and different age groups.

While the civic conference is in progress, public opinion will be solicited simultaneously through online forums and digital channels to engage public participation, strengthen societal dialogue and reflection, and secure consensus.

The second phase will take into account public opinion and the results of the civic conference to draft a new act for the Memorial Hall's transformation.

The Minister originally hoped to repeal the current "Provisional Act Governing the National Chiang Kai-shek Memorial Hall Management Office” during this session of the Legislative Yuan. However, the advisory group decided to first strength social dialogue and public reflection and revise the draft act accordingly.

Thus, the Ministry will study and formulate the draft "Provisional Act Governing the National Chiang Kai-shek Memorial Hall's Transformation” in accordance with the results of civic discussions and hold public hearings before sending the new act to the Executive Yuan for review. The final decision shall be made by the Legislative Yuan.