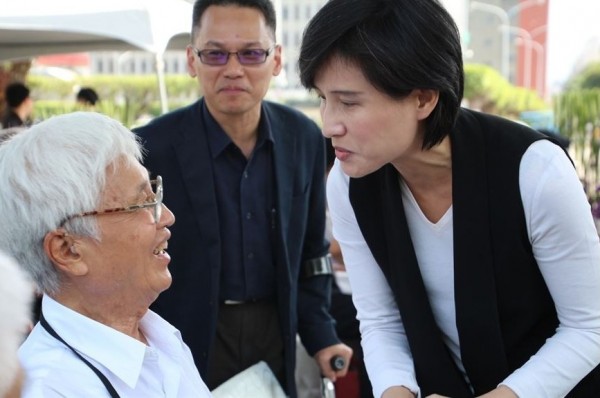 "July 15: Commemorating the End of Martial Law” - a music concert paying homage to political victims, human rights, and democracy - was held at Ketagalan Boulevard on July 15.

The Ministry of Culture invited over a hundred White Terror victims from the martial-law era to find solace through music in the hopes that the Taiwanese people will learn from history and protect their hard-earned democracy, freedom, and human rights.

Opening with the songs "Schindler's List,” "Awaiting for Your Return,” and "Island's Sunrise,” Culture Minister Cheng Li-chiun (鄭麗君) attended the concert to pay her respects to senior citizens who sacrificed their youthful years to defend Taiwan democracy.

Minister Cheng pointed out that on the occasion of Taiwan's third decade free from martial law, it is necessary to contemplate on the past and examine how much more still needs to be done after Taiwan's democratization.

"We know too little about the history of White Terror and the political violence affecting the public during the authoritarian regime. Thus, transitional justice is a lesson we have to take now to fully promote human rights education,” added Cheng.

The Minister also stressed that human rights transcends everything. Transitional justice, she added, is about facing the divergent historical memories and political views, and bringing together the common values of democracy and freedom.

Minister Cheng also offered her condolences to the late human rights activist Liu Xiao-bo (劉曉波) and wished for the deepest blessings for all individuals around the world who are in pursuit of democracy.

The Preparatory Office of the National Human Rights Museum noted that the Jingmei Human Rights Memorial and Cultural Park will hold the "Prison Island of Taiwan: Landscape of Injustice under White Terror” tour exhibition to commemorate the 30th anniversary of the lifting of martial law.