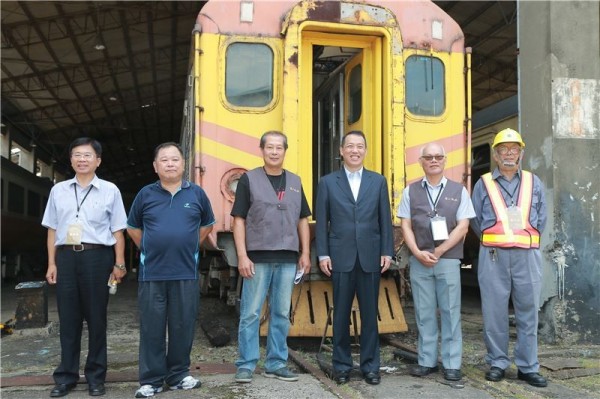 The Taipei Railway Workshop, which has been entrusted to the Ministry of Culture in January, will be opened to preregistered visitors starting from July 19.

The group tours - which can be preregistered by groups of 10 to 40 people - will be led by retired workshop employees on Wednesdays and Saturdays to share the story of the heritage site.

The guided tour will begin with a route passing through three old bishop trees to the small hall, in which an exhibition on the future prospects of the Taipei Railway Workshop as Taiwan's National Railway Museum will be on view.

The exhibition will also showcase the successful cases of railway museums operating in Australia, the Czech Republic, Germany, and the United Kingdom.

The next stop will be the assembly terminal, which is the largest modern-style structure of the whole site at over 168 meters. The third stop will lead visitors to the diesel-electric workshop, which marked Taiwan's transition from steam engine to diesel power.

The tour will then encounter one of the most famous treasures preserved in the workshop - a steam hammer dating back to 1889 whose first strike each morning announced the beginning of a long work day.

Other sights will include the first-generation of Taiwan Railway EMU-100 series, nicknamed the "British Ladies” for their UK origins, which are stored at the coach factory.

Moreover, the extraordinary design of the crane platform and traveling platform in the east wing will show how the Taipei Railway Workshop resolved the issue of insufficient space.

In addition, the visitors will have the chance to walk on the tracks from the old Songshan Station to the Taipei Railway Workshop.

The last stop of the tour will be the most popular Facebook check-in place on the workshop grounds - the staff bathroom boasting the ox-eye window and Roman-style baths.

The Ministry signed a memorandum with the Ministry of Transportation and Communications earlier this February to jointly preserve and revive the site.

The heritage revitalization program will restore the workshop from 2018 through 2024, repairing section by section and making completed buildings open to the public. The workshop will then open as the National Railway Museum by the end of the 6-year plan.