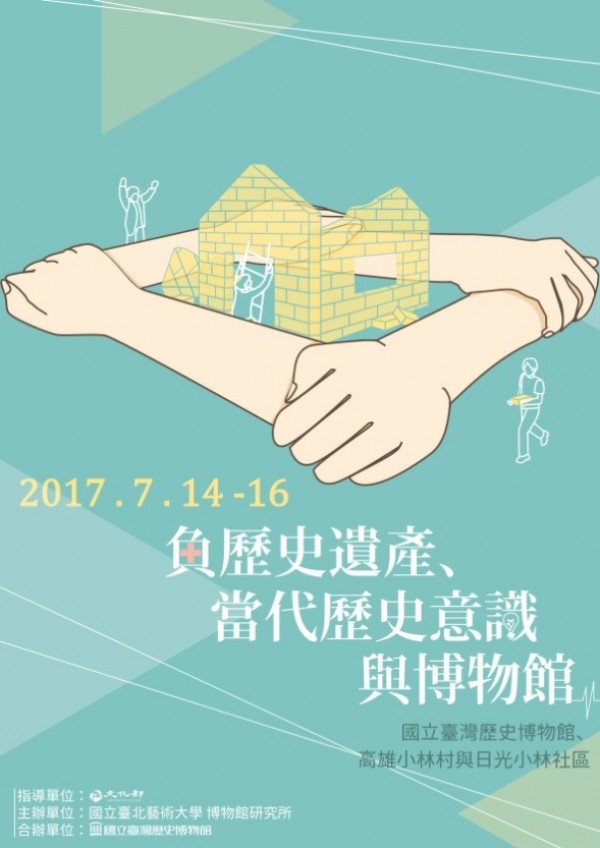 The National Museum of Taiwan History will hold a three-day forum this July to explore how museums in Taiwan and Japan manage negative heritage.

As the museum's role in recording and preserving historical incidents has gradually drawn more attention in recent years, the museum's actions in enhancing historical consciousness and encouraging social tolerance have become a topic worthy of academic discussion.

"Negative Heritage, Contemporary & Historical Consciousness, and Museums” will invite Taiwanese and Japanese scholars to participate in seminars and onsite visits from July 14 through 16 to understand how museums record, portray, and interpret negative history.

Forums will also explore the significant impact of negative history and heritage in modern history. This section will include a comprehensive review of exhibitions featuring negative history held in both nations.

The subsequent result of Taiwan's research was showcased at the National Museum of Japanese History this January while research by the Japanese team was showcased in Tainan this June.

Both exhibitions offered retrospection and contemplation on earthquake disasters in Taiwan and Japan from the perspective of history. The exhibitions recorded and examined the impact of earthquakes on society and how people responded to such disasters.

In addition, museums and scholars in both nations have actively engaged in cultural heritage preservation in recent years. For instance, Japanese scholars started preserving and reconstructing memories of the disaster site through real-time ethnography and collection of household items soon after the 2011 Tohoku earthquake and tsunami.

The National Museum of Taiwan History also sent an emergency response team immediately after a 6.4-magnitude earthquake struck Kaohsiung on Feb. 6, 2016 to rescue objects and household items that embody memories of the disaster area.

Many rescued items were donated by their owners and have since become part of the museum's permanent collection. A portion will be on display between June 27 and Dec. 3 as part of the "In the Same Seismic Zone: Earthquake Disasters of Taiwan and Japan in History.”

The three-day forum will include a one-day excursion to the site where Xiaolin Village was buried by landslides triggered by the 2009 Typhoon Morakot.